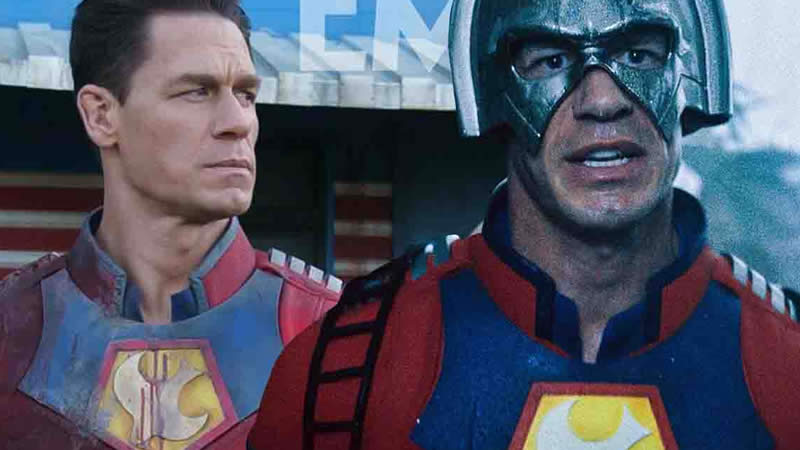 HBO Max has released a new video clip and gave fans a first glimpse at the upcoming Peacemaker series from writer/director James Gunn. The Suicide Squad spin-off series pairs John Cena’s Peacemaker with a group of ARGUS agents who have found themselves on Amanda Waller’s bad side following the events of that film.

Against all changes, Peacemaker survived his injuries at the hands of Bloodsport, and he’s back in action and as self-important as ever.

Fans will see an extended version of a quip from a previous promotional spot, in which Peacemaker is asked why he is wearing his costume to dinner, and he says that it is not a costume, but a uniform.

Also, you’ll have to stretch it out. So it’s convenient for the mission. Oh, and we get to meet Eagley, his pet bald eagle, who sounds like a Silver Age comic thing, but if it is, it’s a deep enough cut that we could not spot it right away.

“Peacemaker is an opportunity to delve into current world issues through the lens of this superhero/supervillain/and world’s biggest douchebag,” Gunn said when the series was announced. “I’m excited to expand The Suicide Squad and bring this character from the DC film universe to the full breadth of a series. And of course, to be able to work again with John, Peter, and my friends at Warner Bros. is the icing on the cake.”

“I have said before that it has been a tremendous honor and an incredible opportunity to be part of The Suicide Squad and to work with James on what is going to be a fantastic movie,” Cena said. “I am unbelievably excited to have the chance to team up with him again for Peacemaker. We can’t wait for fans to see this.”

Peacemaker will premiere on HBO Max in January with eight-episode in total, and writer/showrunner James Gunn teased EW with what fans of The Suicide Squad can expect from this next chapter of the franchise.

As per Comicbook, apparently, Peacemaker and his team will be “black ops combating something catastrophic that’s facing the planet,” Gunn says. Character details include that Mrun is a mercenary working for Waller; Vigilante will live up to his name (“You may not have guessed it but his character is a vigilante!” Gunn says), and Adebayo “isn’t always treated the best by the people around her, but despite her differences with Peacemaker, they form a bond.”