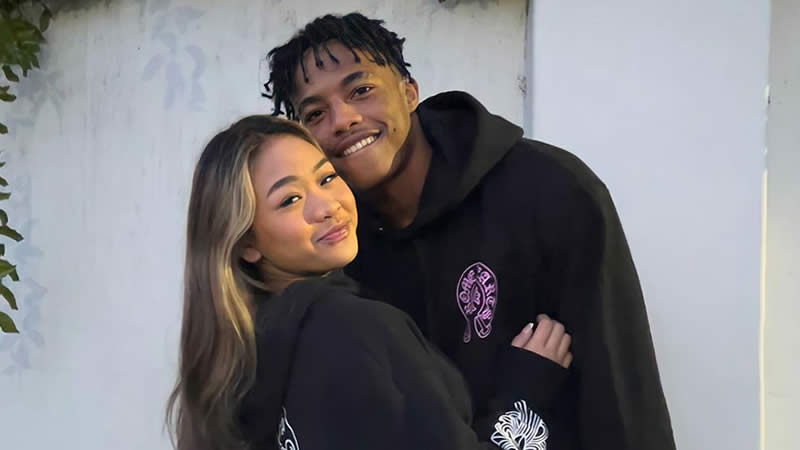 Suni Lee is opening up about her new relationship after making her relationship with her boyfriend Jaylin Smith public over the holidays.

On December 26, the Olympic gold medalist, who is now a freshman at Auburn University, shared two photos looking blissfully happy with her boyfriend, captioned with a single white heart emoji. However, shortly after posting on social media, some people online, especially those in the Hmong American community, took issue with the relationship.

Suni suggested in a TikTok video comment that some people have been sending her hate comments because she chose to date a Black man. The video she commented on was posted by user alixphom, who was enthusiastic about Suni’s new relationship.

“I know Sunisa will be judged by certain eyes in the Hmong American Community because her man is Black,” he captioned the video, which included a screenshot of Suni’s Instagram post. “LOVE is LOVE, no matter what race or gender you are. Keep doing you, QUEEN.”

Suni expressed her appreciation for the video, commenting, “This makes me so happy. I’ve received so much hate,” with a crying emoji. “They support me when it’s beneficial for them, never when it comes to my happiness. Thank you!”

The star athlete previously spoke out about another hateful incident she encountered, revealing to POPSUGAR that she was pepper-sprayed in Los Angeles after a car drove by and spewed racial slurs at her and a group of girlfriends during a night out.

“I was so mad, but there was nothing I could do or control because they skirted off,” she recalled in her cover story. “I didn’t do anything to them, and having the reputation, it’s so hard because I didn’t want to do anything that could get me into trouble. I just let it happen.”