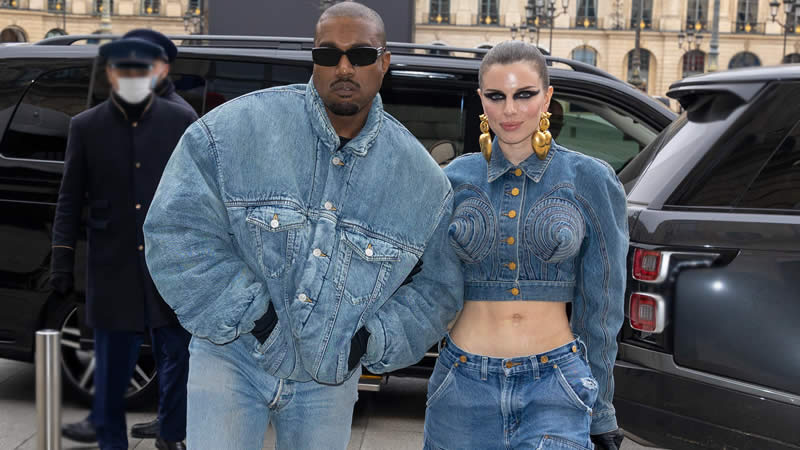 To say the least, Julia Fox’s last few months have been eventful. The Uncut Gems actress began dating Kanye West earlier this year and immediately became one-half of one of Hollywood’s most high-profile couples. However, the two eventually split around Valentine’s Day, during which time West began sending texts to his ex-girlfriend, Kim Kardashian.

Since the breakup, Fox has shared some candid comments about the short-lived relationship. Now, in her most recent statements, she explains why it wasn’t “sustainable” in the end.

Kanye West is without a doubt one of the most “distinct” personalities in the entertainment industry.

He has a variety of eccentricities, one of which is cleaning out and filling his partners’ closets. Fox appeared unconcerned about “packing up” her old life in order to be with the musician. However, she recently admitted that fitting in the “really big personality” into her already-packed schedule was difficult:

I tried my best to make it work. I already had a jam-packed life. How do I fit this really big personality into this already full life? It just wasn’t sustainable. I lost like 15 lbs. in that month.

Some may believe that the actress went a little overboard during her interview with The New York Times. Those who have kept track of her relationship know that things swiftly escalated from zero to one hundred for her. The two were initially photographed together at a New Year’s Eve party in Miami and have since been sighted on several additional occasions. Because the two seemed to be constantly on the go, it’s not unexpected that the actress lost weight throughout their tumultuous courtship.

As per page six, Julia Fox had to deal with commentators in addition to her actual partner. Many speculated that she was merely dating the rapper to gain more popularity.

She eventually clapped back at the assumptions, saying that she didn’t care. Fox also declared that she’d “dated billionaires [her] entire life” and that at the end of the day, she was focused on “making [her] art.”

Kim Kardashian, Kanye West’s estranged wife, appeared to be someone she didn’t have to worry about hearing from. According to reports, the Keeping Up with the Kardashians star was fine with the relationship and Julia Fox’s Kardashian fanaticism. When Ye voiced his wish to reclaim his ex, the actress did not become envious.

Julia Fox doesn’t regret the whirlwind relationship despite everything that has happened in the last few months.

In a separate interview, she actually stated that it was “the best thing that could have happened to [her].” It’s like a “reset button” for her, she says, and it’s “brought a spark back” into her life. Nonetheless, Fox stated that she will take her time before entering another relationship. She’ll probably want to take her time and make sure her next relationship is built to last.