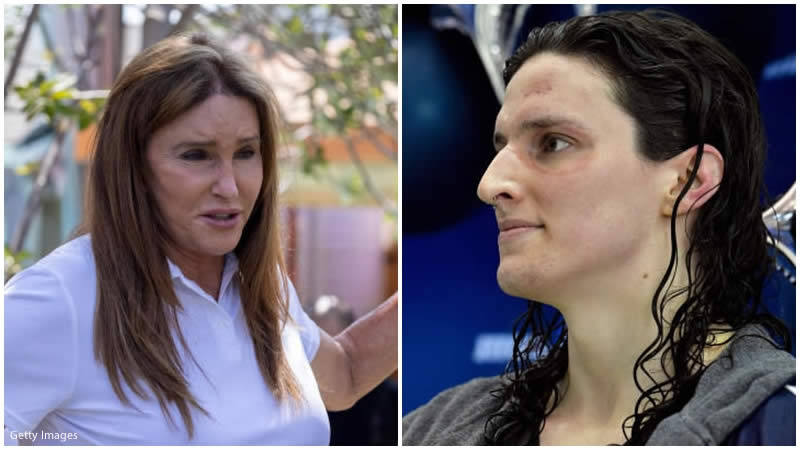 Caitlyn Jenner refuses to recognize Lia Thomas, a transgender swimmer from the University of Pennsylvania, as a champion.

Jenner, a one-time Olympic gold medalist in the decathlon, praised Florida Governor Ron DeSantis for naming Emma Weyant of the University of Virginia, a native Floridian, as the best women’s swimmer in the 500-yard freestyle.
“@GovRonDeSantis agreed! She is the rightful winner!” Jenner, 72, posted to Twitter. “It’s not transphobic or anti-trans, it’s COMMON SENSE!”

Jenner has been an outspoken opponent of Thomas.

“[Thomas] is also not good for women’s sports,” Jenner previously said on Fox News. “It’s unfortunate that this is happening. I don’t know why she’s doing it. She knows when she’s swimming she’s beating the competition by two laps. She was born as a biological boy. She was raised as a biological boy. Her cardiovascular system is bigger. Her respiratory system is bigger.”

“Her hands are bigger. She can swim faster. That’s known. All of this is woke world that we’re living in right now [and] is not working. I feel sorry for the other athletes that are out there, especially at Penn or anyone she’s competing against, because in the woke world you have to say, ‘Oh my gosh, this is great.’ No, it’s not.”

The Republican governor contested the victory on Tuesday, declaring Weyant, who placed second behind Thomas, the real winner.

“By allowing men to compete in women’s sports, the NCAA is destroying opportunities for women, making a mockery of its championships, and perpetuating a fraud,” DeSantis posted to Twitter.

“In Florida, we reject these lies and recognize Sarasota’s Emma Weyant as the best women’s swimmer in the 500y freestyle.”

Continue Reading
You may also like...
Related Topics:Caitlyn Jenner