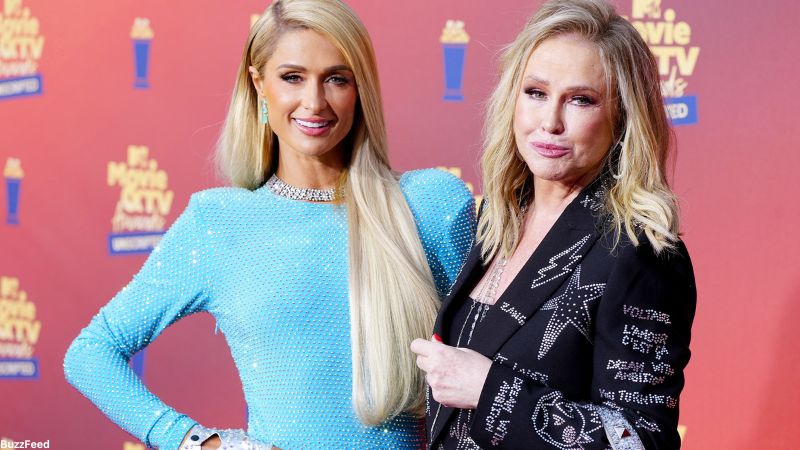 Paris Hilton’s mother, Kathy Hilton, has revealed her daughter’s inability to conceive, but the celebrity has now responded to the accusations following the birth of her first child.

Paris only revealed a few hours earlier that she and her husband Carter Reum had had a child through surrogacy, surprising the social media world.

Paris posted a photo of her perfectly manicured fingers around her newborn’s tiny little hand on Instagram overnight. Paris commented beside the image, “You are already loved beyond words.” The 41-year-old also included a blue heart emoji in the tweet, which many interpret as a boy.

Many people flocked to the post’s comment section to congratulate the couple on their new baby. Chrissy Teigen wrote: “a BABY!!!!! congratulations so happy for you both!!”

Elle Fanning added: “CONGRATULATIONS! Most beautiful mommy.” Meanwhile, Real Housewives of Beverly Hills star Dorit Kemsley said: “Congratulations!!!! So happy for you!!!” Paris and Carter started their IVF journey amid the first wave of the Covid-19 pandemic, according to Hello Magazine.

Paris told People: “We started going and doing it like a few months in because the world was shut down.

“We knew we wanted to start a family, and I was like, ‘This is perfect timing. Usually, I’m on a plane 250 days out of the year, and let’s just get all of the eggs stocked and ready,’ and we have tons of them just waiting.”

In an interview with E! News in November, Paris’ mother Kathy discussed the star’s apparent inability to conceive.

She said: “It breaks my heart because I know she is trying and trying and I always say, ‘Just relax’.

“So many people, struggle and it doesn’t just happen like that.”

Speaking of Paris and Carter, Kathy added: “They are so happy, They had their one-year anniversary at the carnival and they want to do that annually.

“They were like two kids, it was really sweet.”

Following that interview, Paris strongly denied her mother’s claims that she was having difficulty conceiving using IVF.

“I have tons of embryos that are waiting, we’ve been stocking up on a lot of them,” the 41-year-old told TMZ.

“I don’t know where she got that, it’s never been a struggle at all.”