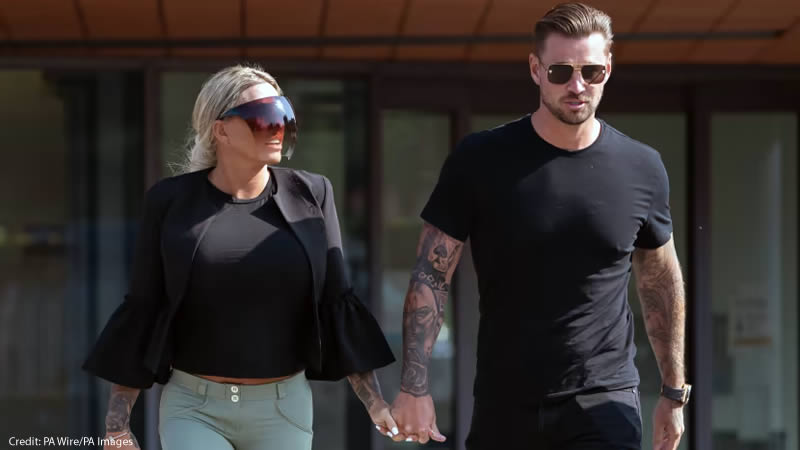 Last year, Carl Woods was arrested for allegedly attempting to force his way into a house in Essex while Price was inside. On Tuesday, they were seen together outside the court.

After an alleged incident in Essex last year, Katie Price’s fiancé has denied using threatening, disrespectful, or abusive words or behavior against the former glamour model.

Carl Woods, a reality TV star, is accused of attempting to force open a door to property while Price was inside following a fight.

Carl Woods, 33, was charged under section 4 of the Public Order Act last month.

As per ITV, the complaint stems from an alleged argument between the couple in the defendant’s home on 22nd August in Great Dunlow, Essex.

On Tuesday, he was brought by Price, 43, to Colchester Magistrates’ Court, where he entered a not guilty plea.

In a black T-shirt and jeans, the former Love Island competitor appeared in the dock, speaking to confirm his details and enter his plea.

Outside the court, Price was seen with him wearing a dark-tinted visor, green leggings, and a blacktop. For the hearing, she sat in the public gallery.

She was detained in January on suspicion of violating a restraining order, and in December avoided jail after flipping her car while drink-driving without insurance while disqualified.

The court heard Woods will not be represented by legal aid at his trial, which will include five witnesses, including neighbors.

Bench chair Don Wickes released him unconditional bail ahead of his summary trial on June 16 at Chelmsford Magistrates’ Court.