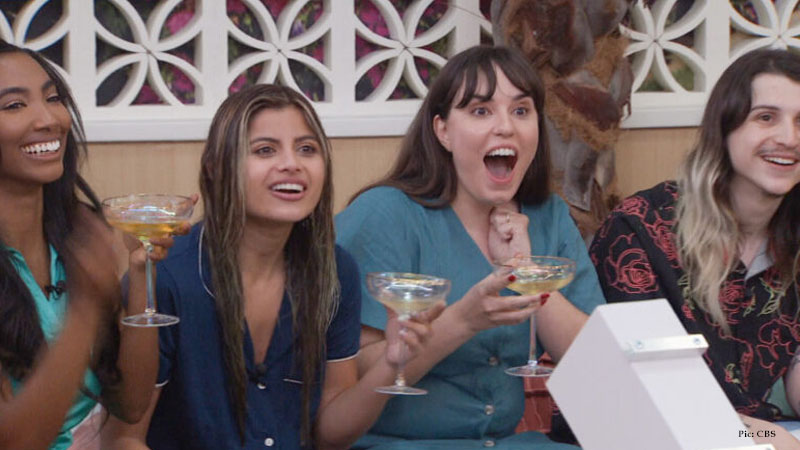 The show’s host, Julie Chen Moonves, had disclosed the Festie Bestie’s twist but provided little other information. The Houseguests learned about the twist after the Head of Household competition and talked about it there.

The players have been competing in pairs for at least a few weeks, based on their chats. The Poe’s Pack alliance (Monte Taylor, Kyle Capener, Alyssa Snider, Michael Bruner, Ameerah Jones, and Nicole Layog) operated similarly to last season’s Cookout by making sure to pair up with Houseguests outside of their group to avoid getting nominated together. They were given the option to choose their partners.

Daniel Durston and Kyle, Brittany Hoopes and Michael, Taylor Hale and Nicole, Terrance Higgins and Ameerah, and Joseph Abdin and Monte are some of the best friend pairs. Jasmine Davis, the outgoing HOH, was chosen by Matt “Turner,” the current HOH, who had to pick last and is now safe because of his victory.

Only one additional Bestie couple will play in addition to the nominated team, HOH Turner and his partner, Jasmine, and the pairs reportedly battle for the Power of Veto jointly. When a nominated couple wins the Power of Veto, they are both protected from eviction, which causes Turner to choose a different couple to serve as the replacement candidates. Last but not least, whatever group of “besties” makes it through eviction will get power.

The Backstage Twist was the first twist of ‘Big Brother 24’

The Festie Besties is Big Brother 24’s second twist. The first started to occur soon after the Houseguests arrived and before they moved in.

Joe “Pooch” Pucciarelli was chosen at random to be the Backstage Boss after the Houseguests decided which group they would compete in for the first Head of Household. Later, he found that while it ensured his safety for the week, it also prevented him from casting a vote or taking part in any competitions.

Pooch then had to decide on three other players who could neither vote nor compete to join him. They weren’t necessarily secure, though. The Florida native preferred Brittany but Paloma Aguilar and Alyssa instead because they were the first out of their respective groups to be eliminated.

Before the first eviction, host Julie Chen Moonves revealed the twist: as America voted to rescue Brittany, one of the nominees would compete against a Backstage Houseguest—either Alyssa or Paloma—with the loser going home right away. However, Paloma left the show for mental health issues, which led to the twist’s cancellation and the impending elimination. On Sundays, Wednesdays, and Thursdays, CBS broadcasts Big Brother 24.