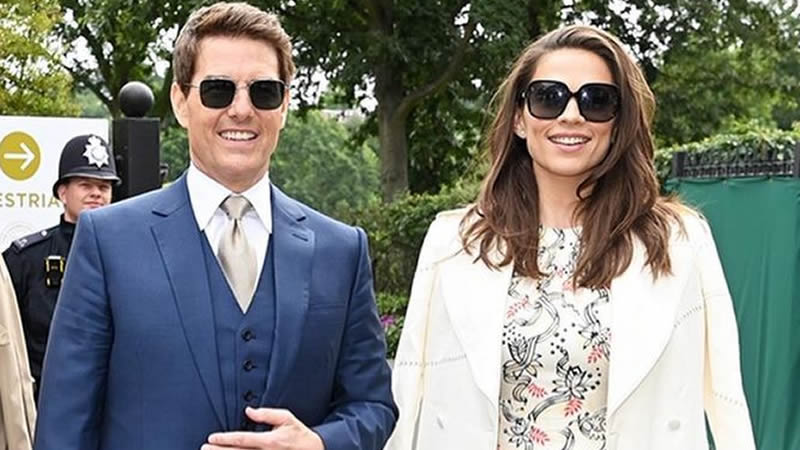 Tom Cruise, the star of Mission Impossible, planned a fantastic surprise for Hayley Atwell. The Hollywood sex icon managed to surprise his sweetheart.

It was revealed not so long ago that Cruise had an affair with a coworker on set, Hayley Atwell. The actress is 20 years younger than him, but neither Hayley nor Cruise seem to bother it. The lovers have already appeared together at Wimbledon, indicating that they are passionate about one other.

According to Free news, Cruise recently made headlines when it was revealed that he chartered Roman Abramovich’s yacht specifically for Hayley. The couple has been there for a week. Cruise arrived in Cornwall on the same yacht, where filming for The Mission will begin soon.

Meanwhile, on the internet, they’re waiting for Cruise to want to marry again.

As per the report, the actor’s previous marriages all ended in divorce.

In an interview with the Popcornnews portal, Cruise’s fondness for younger ladies was addressed by the family and child psychologist. So, the specialist indicated to the journalists, a man’s passion for younger women does not always imply complexes, although they can be present in some circumstances.

She issued her expert opinion, “Such passion may or may not speak about complexes. There are, of course, categories of men who believe that the gleam of a young partner falls on them. But! Both men and women 50+ often do not look very good, so they have no choice, and they prefer to accept this situation.

At the same time, girls very rarely look at men 50+ who are not in shape, because it is not physiological. In the case of Cruise, the actor looks great.” – free news stated.

Meghan Markle, Prince Harry Have To Choose, ‘Make or Break’
After being pregnant with Sam Asghari’s child, Britney Spears is Relocating to Hawaii: Rumor