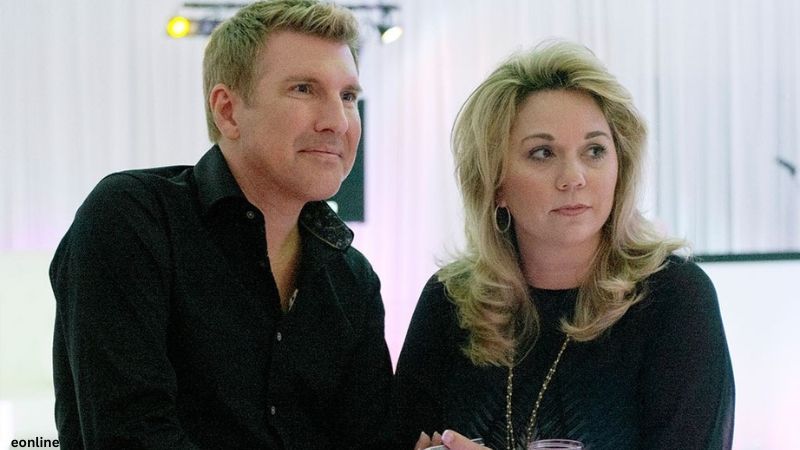 Todd has gone to FPI Pensacola in Florida, while Julie began her time in a separate federal prison in Lexington, Kentucky.

Todd and Julie pleaded not guilty to 12 charges of wire fraud and conspiracy to conduct bank fraud following their federal indictment in August 2019. However, in June, a federal jury in Atlanta convicted the couple guilty of all charges. Todd was sentenced to 12 years in prison five months later, while Julie was sentenced to seven.

“Over the course of a decade, the defendants defrauded banks out of tens of millions of dollars while evading payment of their federal income taxes,” U.S. Attorney Ryan K. Buchanan told E! News in a Nov. 21 statement. “Their lengthy sentences reflect the magnitude of their criminal scheme and should serve as a warning to others tempted to exploit our nation’s community banking system for unlawful personal gain.”

Alex Little of Burr & Forman LLP, the family’s attorney, said the sentencing was a “difficult day” for the Chrisleys. “But Todd and Julie are people of faith,” he told E! News in a Nov. 22 statement. “And that faith gives them strength as they appeal their convictions.”

Julie and Todd got support from other famous personalities after word of their convictions leaked, including The Voice alum Raelynn, who called the couple “some of the most amazing and giving people I have ever met.”

“To see the results of today is absolutely DISGUSTING,” she wrote in a Nov. 21 Instagram Stories post. “The lies and misinformation that have been spread about this case and this family are uncanny.”

Additionally, the country singer said that she hopes the court system starts “actually sentencing people who commit crimes. NOT GOOD PEOPLE WHO HELP AND LOVE PEOPLE.”

But the 28-year-old wasn’t the only one to support the couple; Todd and Julie’s makeup artist Paige Szupello also publicly expressed her love for the family.

“The Chrisley family are one of my life’s absolute biggest blessings,” she wrote on Instagram Stories on Nov. 21. “They are people just like us. I wouldn’t wish what why’re going through on my worst enemy, and to have to go through all of this in the spotlight, I can’t even comprehend. This is a family. The most incredible family who make our world a better place.”

Todd and their ex-wife Teresa Terry have two children: Lindsie, 33, and Kyle, 31. With Julie, the Chrisleys Knows Best star has a son Chase, 26, a daughter Savannah, 25, and a son Grayson, 16. Prior to their convictions, the couple gave thanks to fans for the outpouring of good wishes.

“We did want to come on today and let everyone know that it’s a very sad, heartbreaking time for our family right now,” Todd said during the June 16 episode of their Chrisley Confessions podcast. “We still hold steadfast in our faith and we trust that God will do what he does best because God’s a miracle worker. That’s what we’re holding out for.”