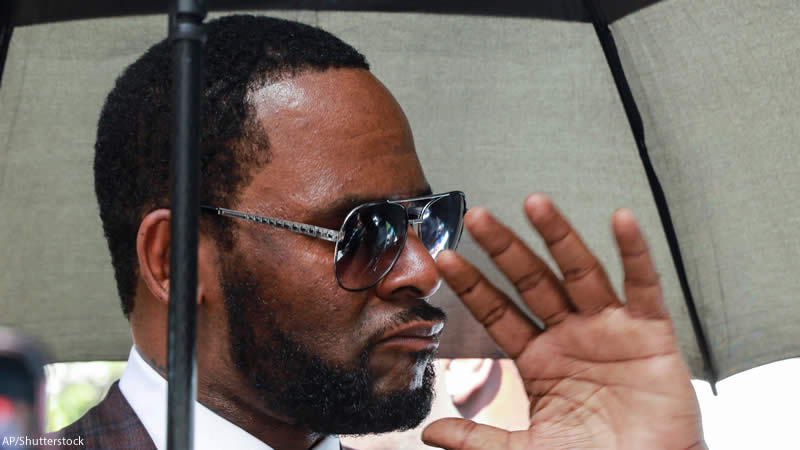 Last week Kelly was sentenced to 30 years in jail for charges of s*xual assault.

R. Kelly has filed a lawsuit against the Metropolitan Detention Center Brooklyn for putting him on suicide watch just two days after receiving his sentence.

The US artist was convicted guilty of nine counts of s*xual abuse, human trafficking, and racketeering and received a 30-year prison sentence.

In September 2021, the 55-year-old musician was initially convicted on charges related to s*x trafficking and racketeering. He was put on trial and entered a not guilty plea to a number of accusations, including running a racketeering operation to hide his crimes.

In his lawsuit, Kelly, real name Robert Sylvester Kelly, accuses MDC Brooklyn and warden Heriberto Tellez of holding him under suicide watch as a form of punishment for his fame.

As per CBS News, additionally, he alleges in the lawsuit that being forced to wear a smock that looks like paper and being prohibited from using silverware while eating are all harming his mental health.

According to the Independent, Kelly’s legal team claims that placing him under suicide watch was “cruel and unconstitutional” for someone like Kelly “who are not suicidal.”

Pitchfork reports that Kelly wants an “award of compensatory damages for all emotional distress, humiliation, pain, and suffering, and other harm in an amount to be determined at trial”.

Following a psychological evaluation, the US Attorney’s Office in Brooklyn filed the court documents on Saturday saying that Kelly will continue to be on suicide watch “for his own safety.”

“He is a convicted s*x offender who has been sentenced to spend the next three decades in prison,” she added. “In the immediate future, he faces another federal criminal trial in Chicago for charges related to child pornography.”

Continue Reading
You may also like...
Related Topics:R. Kelly