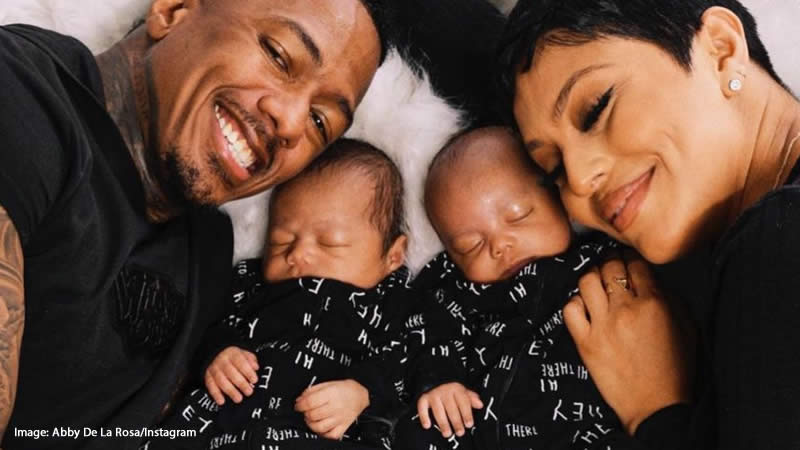 Abby De La Rosa is opening up about her life with Nick Cannon and their twin sons ahead of the birth of her third child.

De La Rosa opened up to host Shan Boodram on the Lovers and Friends podcast about her relationship with the Wild N’ Out host, 41, calling the two an “open relationship” with Cannon as her “primary partner.”

The former radio personality, 31, explained that she thinks people judge her as a parent based on her personal life.

“Being in a polyamorous relationship doesn’t mean you have low self-esteem or self-worth,” she explained. “I become hypersensitive when people attack me and my motherhood,” she continued, noting, “When it comes to being a mom, I don’t think I’ve even scratched the surface.”

“Me being open in my relationship does not change or take away from the type of mother that I am to my kids and the wholeness that I am to them and the strength that I share with them,” De La Rosa proclaimed.

“I’m excited for my kids to grow up and be like, ‘Mom and dad, y’all did it your way and I love that,'” she continued. “I hope my kids can eventually do it their way, whatever that may be in whatever capacity that is. To do it their way, not the way that the world wants them to do … to do it their way the way mom and dad did.”

De La Rosa, who is expecting her third baby this fall, said that while she’s chosen to be monogamous during her pregnancy, “I think I see monogamy for myself down the line, and this won’t get me there. But I love where I’m at, at this very moment. It’s just not my forever.”

Cannon also has 11-year-old twins Monroe and Moroccan with ex-Mariah Carey, in addition to the twins. He also has a 5-year-old son, Golden Sagon, and a 19-month-old daughter, Powerful Queen, with model Brittany Bell, with whom he is expecting their third child. Cannon and model Bre Tiesi have a 10-week-old son named Legendary Love.

Cannon also has a child with Alyssa Scott, Zen, who died at the age of 5 months in December 2021 after being diagnosed with brain cancer.

De La Rosa shared an Instagram video last month of a content creator hilariously depicting different generations’ reactions to Cannon’s announcement that his ninth baby is on the way.

“Move over Kardashians,” she wrote in part, adding, and “Gen ‘C’ taking over babyyyy”