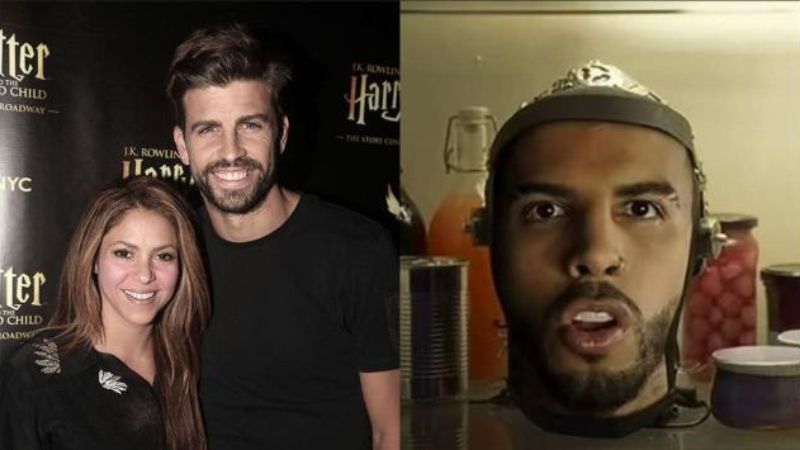 Shakira “worked out” that her ex Gerard Pique was cheating after seeing her strawberry jam eaten in their fridge when she returned from her trip, according to rumors.

The Colombian singer, 45, and Pique, 35, separated last summer and are currently embroiled in a furious spat over the Barcelona footballer’s romance with Clara Chia, 23. The new couple had been dating since October of last year.

Gerard and Clara allegedly began their connection before his marriage to Shakira ended, and since the two announced their breakup, rumors regarding Pique’s alleged infidelity have surfaced.

Mum-of-two Shakira herself has alluded to the alleged infidelity in her songs, and more recently in her video for ‘Te Felicito’.

In the video, Shakira opens a refrigerator and finds the head of the song’s collaborator, Rauw Alejandro, with fans deducing that she found the “truth in the fridge”.

According to various South American news agencies, Shakira returned home from a trip to find an empty jam jar, despite the fact that neither Pique nor her children liked the preserve.

ShowNews Today reported charges that it was unlikely that the jam would have been consumed by Pique, as he supposedly does not enjoy jam, and thus she concluded that he was “cheating”.

Shakira and Gerard ended their 11-year romance in May of last year, and Shakira was apparently preparing a relocate to Miami with the couple’s two children this month to avoid her ex-partner.

However, the move is said to have been halted due to Shakira’s 91-year-old father being hospitalized in Barcelona.

Meanwhile, Shakira’s ongoing dispute with her boyfriend Pique and his new girlfriend has reportedly inspired a new “revenge” song.

In her new song, Shakira, 45, takes aim at her soccer ex and his current 23-year-old lover Clara Chia.

Harsh Spanish lyrics, when translated to English, criticize her ex’s behavior, especially because Gerard and Clara allegedly began before his marriage to Shakira ended.

The celebrity, on the other hand, has had the last laugh in her feud with Gerard after earning a fortune from her ‘revenge’ song.

In her new song “BZRP Music Sessions Vol 53,” Shakira referred to her ex’s relationship. Pique has mocked the lyrics with a series of PR stunts, but Shakira will be unconcerned because the song has gone viral on YouTube, Spotify, and other platforms.