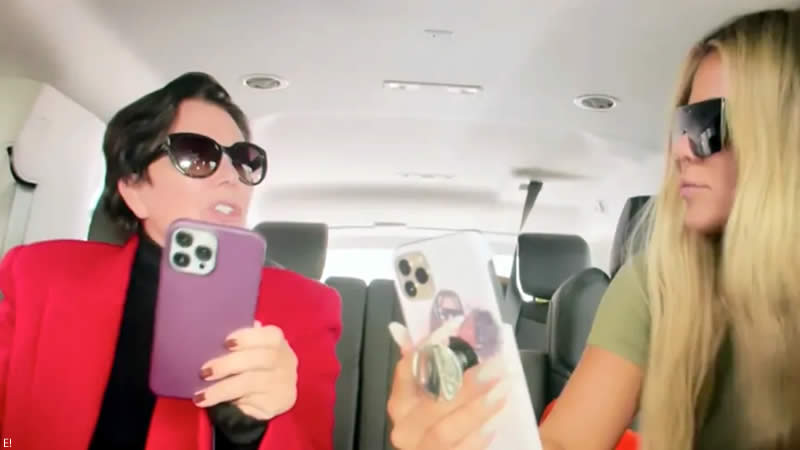 I don’t know about you, but one of my major pet peeves is rudeness from celebrities and the wealthy. Being courteous, for example, costs 0 dollars and 0 cents.

In this week’s episode of The Kardashians, we saw Kris Jenner‘s harsh side.

The incident happened in a car with her and Khloé Kardashian in New York, where the two were traveling to promote Kim’s impending appearance on Saturday Night Live.

After telling Khloé she needs to finish her call with her daughter True, Kris asks the driver to exit the car so they can have a private talk.

“Sir, can I ask you to leave us alone for five minutes?” she said. Which like, ok, not the rudest, but a liiittle weird phrasing.

However, once the driver stepped out, Kris said, “Is his window rolled up?” Khloé said, “Yes, but the trunk is open —”

Kris immediately yelled, “CLOSE THE TRUNK!” to the driver in a loud voice. Not a “please” or a “thank you” to be found.

Khloé then tried to correct her at the moment by saying, “You’re yelling at a fucking guy —” but Kris cut her off by again screaming, “CLOSE THE TRUNK!”

She then turned to Kris and said, “It’s not what you say, it’s how you say it.” Kris curtly said, “I know.” “Excuse me, sir, would you mind closing the trunk for a moment? Thank you so much.”

She then turned to Kris and said, “It’s not what you say, it’s how you say it.” Kris curtly said, “I know.”

Kris hasn’t replied to the backlash, but I’m curious what your thoughts are on the situation.

Continue Reading
You may also like...
Related Topics:Kris Jenner