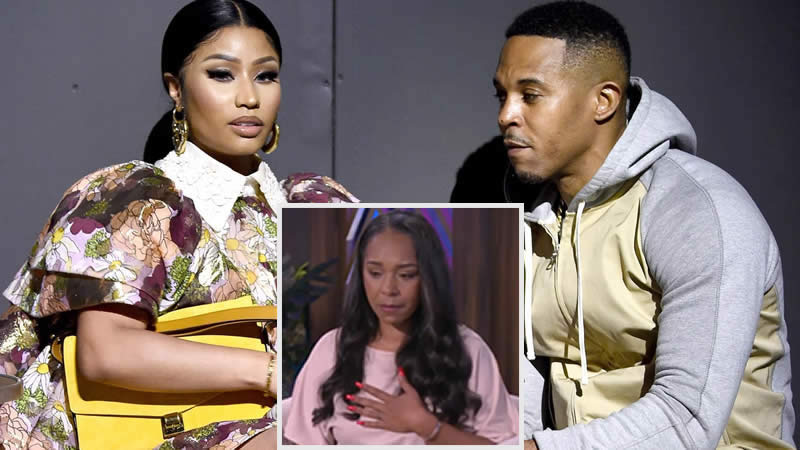 Jennifer Hough and her attorney, Tyrone Blackburn, appeared on The Real on Wednesday to discuss the complaint she filed against the couple last month, which includes allegations of harassment, witness intimidation, and intentional infliction of emotional distress. She also stated that she was finally ready to share her story because she was “tired of being afraid,” before going on to say that as a result of the claimed attack, she spent much of her life “hiding within myself.”

“[I was] living and surviving through insecurities, using them to protect myself,” she said. “Thinking that if I don’t look a certain way, I won’t attract a certain type of attention. I’ve been like that my whole life.”

During the interview, Hough also detailed the alleged 1994 assault, claiming that while she was waiting for a bus to take her to school, Petty placed what she believed to be a gun behind her back. Petty then led her to a residence, where they engaged in a “tug of war” over her clothing, she claimed. Hough allegedly managed to flee the alleged rape and rush to school, where she informed security and police authorities of the incident.

Petty was convicted of attempted rape in the first degree in 1995 and sentenced to four years in prison after pleading guilty. On the other hand, Petty rejected the first-degree rape charge at the time, and his family has maintained that he and Hough were dating at the time.

On a related note, Petty recently pleaded guilty to failing to register as a sex offender in the state of California after relocating from New York.

In addition, Hough is now suing Petty for sexual assault in connection to the case as well.

As per Papermag, Hough also accused Minaj of harassment and bribing her and her family to retract her claims, before criticizing Minaj’s persistent backing of Petty.

“Woman to woman, this really happened. And I haven’t spoken to her since,” Hough said. “Them sending people to negotiate numbers as far as money is concerned with family members, and Nicki is the one that personally reached out to me.”

She continued, “In regards to helping her, helping them and this situation. And then the threats that I received…the last text that I received was about how I should have taken the money because they’re going to use the money to put on my head.”

Continue Reading
You may also like...
Related Topics:Nicki Minaj

Lilibet, Archie Might Delight Queen Elizabeth And Prince Charles With Visit To The UK This Christmas
Conor Mcgregor Boasts He Earns More Than Ronaldo After Embarrassing Baseball Throw