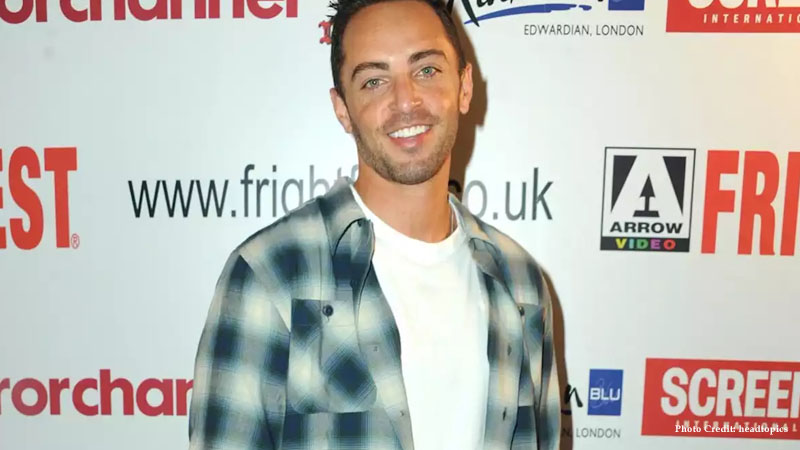 Horwitz, whose screen name was Zach Avery in a few horror films, pleaded guilty to securities fraud in October. He admitted forging HBO and Netflix film distribution contracts in order to trick investors out of at least $650 million.

Horwitz managed to run the scheme for nearly seven years, taking money from new investors to repay old ones with returns ranging from 25% to 45 percent. When the plan fell apart, he owed them $230 million.

Prosecutors claim he used the funds to fund his luxury lifestyle, including the purchase of a $5.7 million Beverlywood mansion complete with a screening room and wine cellar. What happened to the rest is unclear.

Despite the restitution order, prosecutors acknowledged in a court filing that “the odds are close to zero” that Horwitz will ever repay more than a small fraction of that. They cast him as a calculating con artist whose professions of remorse were insincere.

“His Ponzi scheme was not an aberration from an otherwise law-abiding existence,” Asst. U.S. Attys. Alexander B. Schwab and David H. Chao told the judge in a memo. “The lie, which he sustained for years, was the core of his identity. He was a professional criminal; and, unfortunately for his victims, he was very good at his job.”

The prosecutors wrote that the victims’ damage “cannot be overstated.”

Horwitz’s attorneys suggested the government was, indeed, overstating the harm. They suggested that he only owe $60 million in restitution. They also urged Scarsi to look into unspecified psychological issues that Horwitz had as a child.

“Our client is not mentally well,” Horwitz attorney Anthony Pacheco told the judge.

Horwitz, dressed in a dark blue suit and tan shoes, sobbed as he asked Scarsi to let him be with his sons “while they are still young boys.” He promised to never again break the law.

“I hope you consider the whole man, not just the atrocious decisions that got me here,” he said.

Prosecutors called Horwitz’s fraud “eerily similar to Charles Ponzi’s eponymous scheme,” which fell apart in 1920 after the former fruit peddler and dishwasher could no longer sustain his scam of using the $250,000 he was collecting each day from new investors in his postal coupons to repay the earlier ones.

In their memo to Scarsi, prosecutors said Horwitz caused “immeasurable pain” to many of the more than 250 investors in his phony film deals.

While some were wealthy or institutional investors, others were middle-class or elderly people who lost their retirement savings, prosecutors said. They felt “shame, stress, depression, [temptations of] suicide, loss of dignity, and loss of faith in humanity,” their memo says.

At the sentencing, three victims spoke. Scott Cohen, 52, the father of two six-year-old boys, told Scarsi that he filed for bankruptcy as a result of putting money into Horwitz’s bogus deals.

“The devastation has just been beyond words,” he said. Cohen called Horwitz “just another Bernie Madoff,” the New York financier imprisoned for running a $65-billion Ponzi scheme, the largest in history.

In a court statement, Cohen wrote: “I am surviving on food stamps, family loans, unemployment, and any work I can find while I battle the combination of all my money being stolen and my other business being shut down from Covid. I have NOTHING!”

Another victim, an unnamed cancer survivor also running a small business, recalled taking out a loan to invest in the film deals. Horwitz “spent in one month what it took me 15 years of honest work to accumulate and borrow against,” the person said. “I started my business with an inheritance that took my father 60 years of hard work to accumulate. Gone in a flash on defendant’s cars, jets, and watches.”

Victim statements cited by prosecutors included pleas for maximum punishment. One called Horwitz “a thief with no sense of morality or humanity.” Another said he was “sick to my stomach” envisioning the actor squandering his savings on “Lakers court-side tickets,” alluding to social media posts showing Horwitz enjoying the highest-price seats at basketball games.

The prosecutors’ memo said it would be “difficult to conceive a white-collar crime more egregious,” noting that Horwitz’s first victims were college buddies from Indiana University.

“He began by betraying the trust of his own friends, people who lowered their guard because they could not possibly imagine that someone they had known for years would unflinchingly swindle them and their families out of their life savings,” they wrote.

Horwitz began to tell investors in 2014 that his company, 1inMM Capital, was using their money to buy the foreign distribution rights to low-cost movies like “Slasher Party” or “Satanic Panic,” and then reselling them at a profit to HBO, Netflix, or other streaming platforms for distribution in Latin America and other markets around the world.

Horwitz would issue a note to the investor in each deal, promising repayment in six months or a year with a generous return. However, when Horwitz pleaded guilty to securities fraud, he admitted that he never purchased any film rights — and that he forged hundreds of distribution contracts.

According to filmmakers who worked with Horwitz, he helped finance some of the films in which he appeared, but it’s unclear whether that money came from his investment scam. None of the films were box office successes.