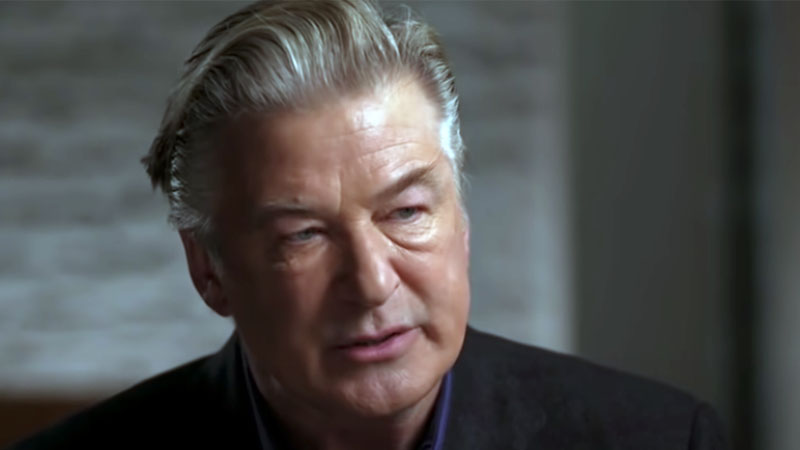 ‘Someone is responsible for what happened, and I can’t say who that is, but I know it’s not me… ‘

Actor Alec Baldwin and his wife, Hilaria, were pulled over by police in New York this weekend; only days after detectives filed a search warrant for his mobile phone, according to the New York Post.

On the side of the road, the Baldwins were captured conversing with cops. Hilaria Baldwin took out her phone and showed the screen to one of the officers at one point.

The reason the Baldwins were stopped is unknown, however, it could be related to the inquiry into Alec Baldwin’s deadly shooting of cinematographer Halyna Hutchins on the set of his film “Rust.”

Last Monday, investigators issued a warrant for Alec Baldwin’s smartphone, claiming that the actor refused to hand up his phone without one. Officials are apparently interested in chats Alec Baldwin had about the film’s preparation, in which he expressed his desire for “a bigger gun.”

Alec Baldwin has denied any involvement in the shooting, claiming that he “didn’t pull the trigger.” He also stated that he never told producers he wanted a bigger gun and that officials lied about his text messages.

“I would never point a gun at anyone and pull a trigger at them,” Baldwin said during his first TV interview about the shooting.

He then insisted that the inquiry surrounding the shooting will clear him of all wrongdoing.

“Someone put a live bullet in a gun, a bullet that wasn’t even supposed to be on the property,” Baldwin said. “Someone is responsible for what happened, and I can’t say who that is, but I know it’s not me.”