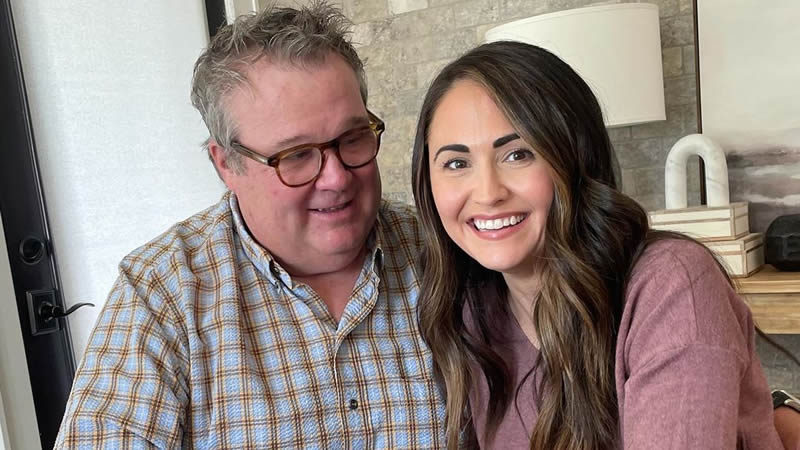 American actor and comedian Eric Stonestreet disclosed his engagement to fiancée Lindsay Schweitzer in a typically funny Instagram post on Sunday. The star of Modern Family and his pediatric nurse fiancée met in 2016 at a charity event.

The Modern Family actor, 49, wrote, “She said, ‘She’d have her people call my people,'” along with a trio of images showing off the ring after more than five years of dating.

As the two posed for photos while sitting at a table together, Stonestreet showed off his acting abilities in the carousel by showing three different emotions, while Schweitzer was all smiling.

After meeting at the Big Slick charity weekend in Kansas City in 2016, PEOPLE Magazine was the first to disclose the two-time Emmy-winning actor was dating the pediatric nurse in 2017.

Following the announcement, the couple received messages of love and support from their famous friends, including Hillary Scott, Zachary Levi, Michael Bublé, Will Sasso, Vernon Davis, and Bethenny Frankel, who wrote “YES.”
During a 2017 appearance on Ellen DeGeneres’ talk show, Stonestreet gushed about then-girlfriend Schweitzer.
DeGeneres said, “Your girlfriend is lovely — I met her backstage,” “She’s a nurse. That’s a good thing for you because you’re a hypochondriac.”

“I’m a big baby, too. She calms me — she calms my nerves. I’m a very high-strung person,” Stonestreet confessed.
“You can tell, right? What are you looking at, ma’am?!” he jokingly shouted at a woman in the audience before adding: “My nurse girlfriend will take care of you.“

As per PEOPLE magazine, a source told previously: “They are very happy to have met each other,” “They’re enjoying spending time together.”

While the pair has not released any wedding details, fans have been congratulating the couple ever since they confirmed their engagement.