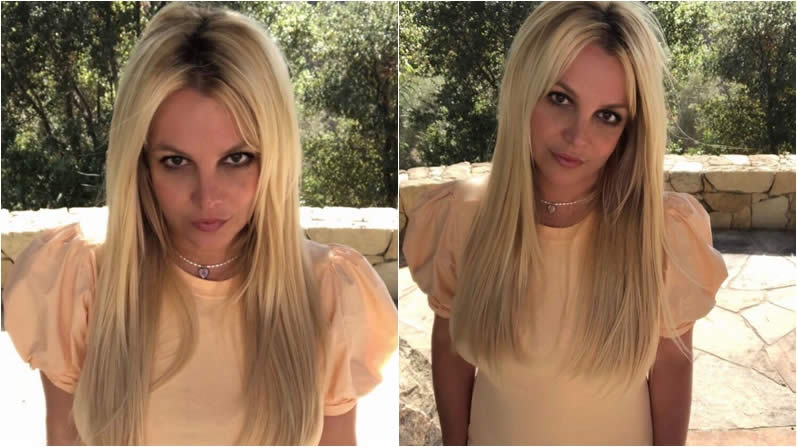 The news comes just over a month after the singer won a long battle to be released from her father Jamie’s conservatorship, which was appointed by the court in 2008 following a series of breakdowns and bizarre incidents in which she attacked a paparazzi, shaved her head, and became involved in a standoff with a police officer.

Britney Spears has created concern among her followers after posting a series of Halloween-themed photos in which she is seen lying on the floor in handcuffs with what appears to be blood on her face and hands.

Britney captioned the photo with a long note that seemed to outline the story behind the murder of the character she was portraying.

“5:45 … she arrived … the doorman said she came home alone!!! She went to dinner with two girlfriends and had 1 drink … took a cab home but was found on the floor by her neighbor… it remains a mystery … who would do such a thing???” reads the message.

The images, as well as the long story, were considered “creepy” and “disturbing” by social media users.

Many people wondered if the mother of two needed psychiatric assistance…

Others seemed convinced that the “Baby One More Time” singer was suffering from mental illness.

Many users drew attention to the singer’s long crime story, thinking Spears may have left a coded message for the public.

Other users, complimented Britney’s costume and said there was nothing to worry about.

The reports come just over a month after a Los Angeles judge ended Britney’s long struggle with her father Jamie, whom she wanted to be removed as her conservator after he was appointed in 2008. Her father was assigned as her guardian by the court at the time, thus giving him control over her life, from finances and professional decisions to personal choices.

Spears was sentenced in 2008 after a series of mental breakdowns in which she attacked a paparazzi car with an umbrella, shaved her head, and got into a fight with a police officer.

Since 2009, a group of loyal followers has claimed that her family has kept her imprisoned. The group’s participation grew over time, and it received support from a number of celebrities, including singer Miley Cyrus, actress Rose McGowan, and socialite Paris Hilton. The movement became known as “Free Britney.”

Last year, the singer expressed her desire for her father to be removed from conservatorship and filed a lawsuit against him. He firmly denied that the singer is being kept at home against her will and insisted that conservatorship is required since his daughter has mental issues.

Britney testified in court this summer, accusing her father of “abuse.” She confessed in an emotional statement that she was compelled to perform against her choice and was forbidden from marrying her boyfriend Sam Asghari. She also stated that she was forced to get an intrauterine device to avoid pregnancy.

“I don’t feel like I can live a full life,” the ‘Toxic’ singer said while addressing the court.

Jamie Spears denied being responsible for the restrictions and stated that his daughter’s mental health issues are “far worse” than the public is aware of.

“If the public knew all the facts of Ms. Spears’ personal life – not only her highs but also her lows, all of the addiction and mental health issues that she has struggled with, and all of the challenges of the conservatorship – they would praise Mr. Spears for the job he has done, not vilify him. But the public does not know all the facts, and they have no right to know, so there will be no public redemption for Mr. Spears,” the father’s court filing noted, cited by the Daily Mail.

Since winning the case, the 39-years-old singer shared a series of posts that have irritated her followers. Britney shared multiple naked pictures of herself as well as disjointed messages.

Harry is in Panic over Queen’s Health Concerns and Still Feels Guilty About Not Saying Goodbye to Philip
Kylie Jenner and Travis Scott Engagement Rumors Are False, Insider Claims