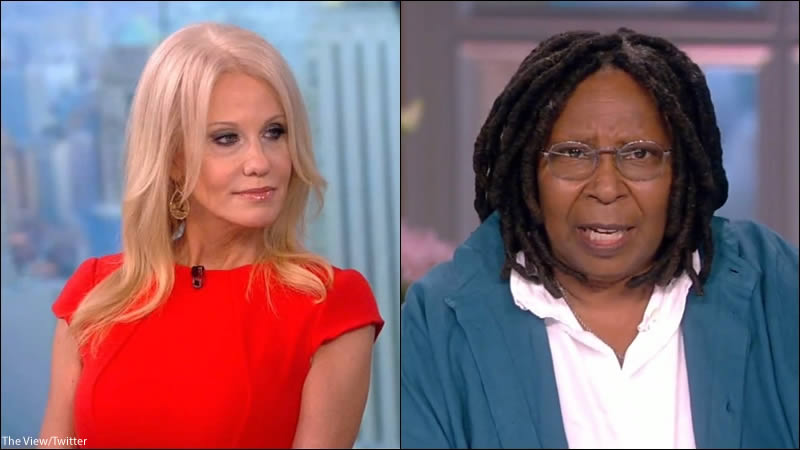 Whoopi Goldberg, co-host of ABC’s “The View,” chastised studio audience members on Tuesday for taunting former top aide to ex-President Trump Kellyanne Conway as she appeared on set to promote a new book.

Conway was talking about her disappointment in Trump’s 2020 presidential election loss when she was interrupted by audience members who booed her after she said Trump “had all these accomplishments and was running against a guy who was stuck in the basement,” referring to President Biden, according to New York Post.

“Let me do something before you say anything else,” Goldberg said.

“Listen, this is ‘The View.’ And she’s talking about her view and how she feels about things,” Goldberg said, turning to the studio audience. “Please don’t boo her.”

“I think it was me saying it was Biden staying in the basement that was the problem,” Conway responded with a smile.

Conway is promoting her new memoir, which details her political career and time in Trump’s White House. She acknowledges Trump’s 2020 election loss in the book and criticizes members of the former president’s family. She has also expressed her thoughts and feelings about Trump and her husband, George Conway.

Conway claimed that Trump’s aides helped persuade him that he had won the 2020 election. She also chastised Trump’s 2020 campaign team for failing to secure his re-election while wasting millions of dollars.