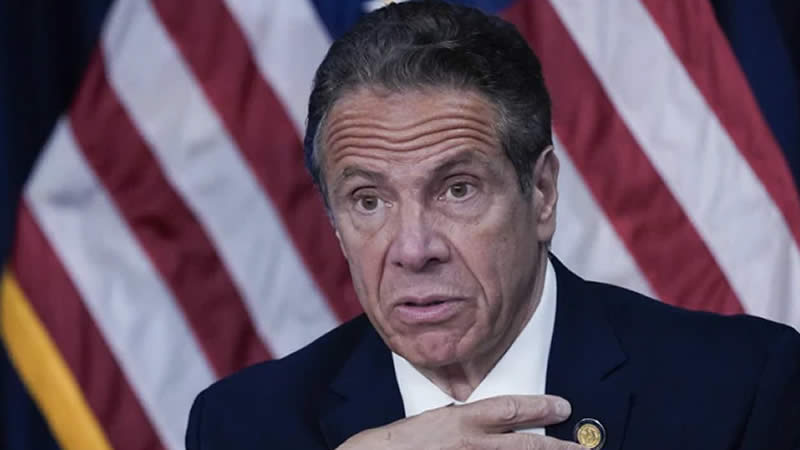 Cuomo resigned in August after being accused of sexual harassment on multiple occasions. He’d been in charge for over 10 years.

“A Misdemeanor Complaint against former Governor Andrew Cuomo has been filed in Albany City Court,” Chalfen reportedly said in a statement. “As this is a sex crime, a redacted complaint will be available shortly.”

*In the redacted complaint, an investigator for the Sheriff’s Office alleges that “at the aforesaid date, time and location the defendant Andrew M. Cuomo did intentionally, and for no legitimate purpose, forcibly place his hand under the
blouse shirt of the victim and onto her intimate body part. Specifically, the victim’s left breast for the purposes of degrading and gratifying his sexual desires, all contrary to the provisions of the statute in such case made and provided.”

The alleged crime is said to have occurred on December 7, 2020, at Cuomo’s mansion in Albany.

If Cuomo is convicted, he will have to register as a sex offender.

The alleged victim’s name has also been suppressed, but according to the New York Post, it is Brittany Commisso, a former administrative assistant in Cuomo’s office.

The expected arrest is the reason New York Attorney General Letitia James told “a key union leader” earlier this week that she plans to run for governor “shortly,” according to a source.

James is expected to announce her candidacy next week, challenging current state governor Kathy Hochul, who has been dealing with a scandal involving deaths in state nursing homes during the pandemic’s most difficult period last year.

The embattled governor resigned on August 10, after James completed a protracted investigation into his alleged sexual misconduct. Around 200 people were interviewed by the investigators, including Cuomo’s former employees and a number of women who had previously complained about the governor. Thousands of documents, images, and text messages were also examined.

The criminal investigation was started on August 3rd, in response to James’ announcement that, according to the findings, Cuomo sexually harassed at least eleven women, including members of his office and one police officer.

Brittany Commisso revealed in an interview with CBS six days after James’ report that the former governor “put his hand up my blouse and cupped my breast over my bra” inside Albany’s Executive Mansion last winter.

Another controversy that arose during Cuomo’s tenure and was investigated by James was the number of coronavirus-related deaths in New York nursing homes, which the governor’s administration allegedly underreported. Cuomo was said to have minimized the figure to avoid harsh criticism for allowing unprepared and unequipped nursing homes to treat patients with COVID-19 symptoms.

Florida Sues Biden, NASA over “Unlawful” COVID-19 Vaccine Mandates for Federal Contractors
Is This Biden Policy is About to Create another National Crisis