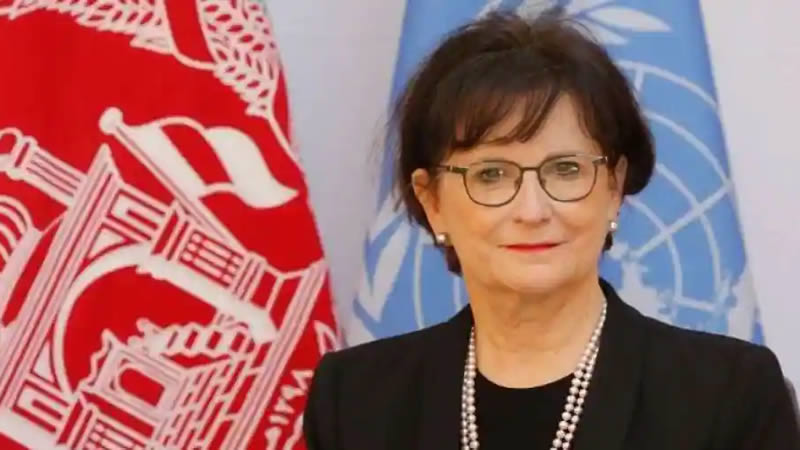 A United Nations representative met with Afghanistan’s new interior minister, who was one of the world’s most wanted Islamist militants for years and is now part of a government attempting to avert a humanitarian crisis.

On Thursday, a Taliban spokesman Suhail Shaheen said in a statement on Twitter that the meeting between Deborah Lyons, the head of the United Nations mission in Afghanistan, and Sirajuddin Haqqani centered on humanitarian assistance.

He said, “(Haqqani) stressed that U.N. personnel can conduct their work without any hurdle and deliver vital aid to the Afghan people.”

Afghanistan was already suffering from chronic poverty and drought, but the situation has worsened since the Taliban took power last month, with aid being disrupted, tens of thousands of people including government and aid workers departing, and much economic activity collapsing.

Afghans were facing “perhaps their most perilous hour,” according to UN Secretary-General Antonio Guterres, who spoke at an international aid conference this week.

The U.N. mission in Afghanistan said that in the Wednesday meeting Lyons had stressed the “absolute necessity for all U.N. and humanitarian personnel in Afghanistan to be able to work without intimidation or obstruction to deliver vital aid and conduct work for Afghan people”.

During the two-decades-long US-led military effort in Afghanistan, which concluded last month with the Taliban’s overthrow of the Western-backed government, the Taliban repeatedly targeted the UN.

Taliban militants killed five U.N. foreign workers in an attack on a guesthouse in Kabul in 2009.

In July, militants attacked a United Nations compound in the city of Herat with rocket-propelled grenades killing a guard, and protesters in the northern city of Mazar-i-Sharif killed seven United Nations employees in 2011.
During the Taliban insurgency, the Haqqani network was blamed for some of the worst insurgent attacks in Afghanistan. In 2012, the US labeled the group as a terrorist organization.

As per Newsbreak, Haqqani, the head of the eponymous network founded by his father, is one of the FBI’s most wanted persons, with a $10 million reward for information leading to his arrest.

For years, US officials and members of the former US-backed Afghan government claimed the Haqqani network had ties with al Qaeda. The Taliban have guaranteed that Afghanistan will not be used as a base for militant attacks in other countries.