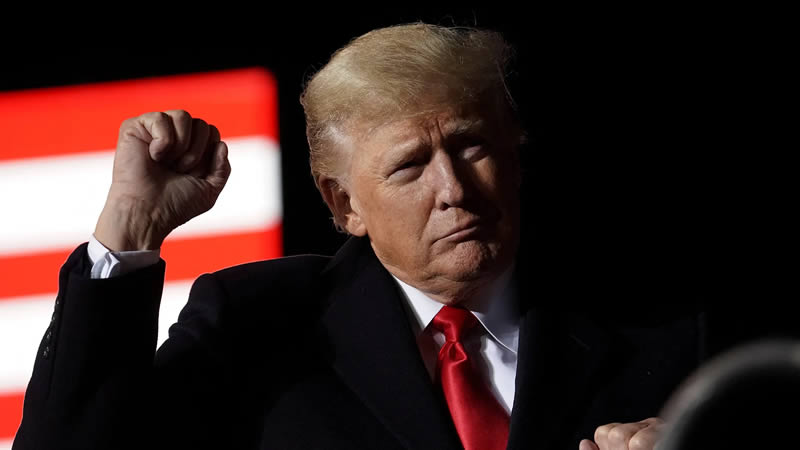 Former US president Donald Trump has promised to pardon the Capitol rioters if he makes it back into the White House in 2024.

Despite losing the 2020 presidential election to Joe Biden, Trump is still the Republican frontrunner.

While Congress was certifying Biden’s election victory, violent riots and a storming of the US Capitol building occurred, killing five people.

Rioters were able to break into the building, making their way into the Senate chamber, while politicians were evacuated by police due to the risk to their lives.

Trump was accused of inciting riots by claiming the election was rigged against him and telling a crowd in Washington DC, “we’re going to walk down to the Capitol,” and “if you don’t fight like hell, you’re not going to have a country anymore.”

During his speech, he also repeated the false claim that Republicans won the 2020 election, which they lost by more than seven million votes.

According to Sky News, Trump has told a crowd that if he is re-elected president in 2024, he will grant pardons to the Capitol rioters.

During a rally in Texas he said: ‘If I run and if I win, we will treat those people from January 6th fairly.

‘And if it requires pardons, we will give them pardons because they are being treated so unfairly.’

Over 700 people have been arrested and charged with crimes in connection with the Capitol riots, with 150 facing charges of assaulting a police officer and over 50 facing conspiracy charges.

Meanwhile, 11 leaders of a far-right militia group have been charged with seditious conspiracy, alleging them of attempting to overthrow the US government.

The House of Representatives impeached Trump for his role in inciting the Capitol riots, but the Senate acquitted him.

While a majority of senators – 57 out of 100 – voted to find him guilty of inciting an insurrection, convicting him would have required a two-thirds majority of 67 votes.