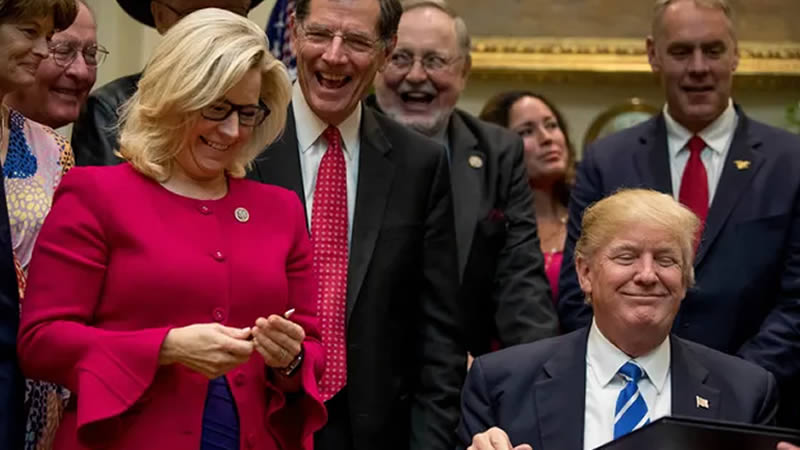 Andrew McCabe, the former deputy director of the FBI, and David Williams, the former inspector general for five federal agencies, wrote a joint op-ed for Politico just days after the Jan. 6 attack that raised some eyebrows. As we previously discussed, McCabe and Williams suggested that Donald Trump could face criminal charges for inciting unrest, citing that it was a federal crime to “try to encourage” another person to commit a felony that included threatening or using physical force.

Soon after, the Washington Post reported that the then-legal president’s advisers “expressed increasing concern” about the Republican’s “possible criminal liability.” According to the article, Trump’s lawyers did warn him that “he could face legal consequences for inciting a mob.” According to a Trump adviser, the former president was “concerned” about the prosecution.

Of course, we now know that nothing came of it. But what if the former president faces multiple criminal charges as a result of his anti-election efforts?

Rep. Liz Cheney, the Republican co-chair of the committee looking into the Jan. 6 attack, surprised much last night by reading an important text message sent to then-White House Chief of Staff Mark Meadows during a period of deadly turmoil. But here’s what the Wyoming congresswoman said next:

“Mr. Meadows’ testimony will bring up another important question before this committee: Did Donald Trump, by action or inaction, corruptly seek to obstruct or hinder the official continuation of Congress in counting the electoral vote?”

Cheney chose his words carefully because he was referring to legal language: The corrupt intent to obstruct or hinder the official continuation of Congress in counting electoral votes is a crime. (He repeated the line to the House Rules Committee this morning.)

It’s not just Trump’s fault. In response to questions from the Jan. 6 committee, Jeffrey Clark, a former Justice Department official whom Trump is considering for attorney general to help him steal the election, recently cited the 5th Amendment.

In light of this, Cheney stated last night that Trump, after being told that his election conspiracy theories were incorrect, wanted Clark to lead the Justice Department so that he could claim that election conspiracy theories had merit. The GOP congressman then added, “Mr. Clark informed this committee that he anticipates potential criminal prosecution in connection with these matters, and intends in the forthcoming testimony to use his Privilege to the Fifth Amendment against self-incrimination. As Mr. Meadows’ non-privileged texts reveal, Meadows has been in contact with a member of Congress who works with Mr. Clark several times.”

I’m surprised there isn’t more conversation about it right now. Cheney stated – aloud while reading from a prepared text – that a former Department of Justice lawyer was allegedly involved in an election-rigging plot; he told the bipartisan panel that he expected possible criminal charges, and texts from the former White House chief of staff suggest that the lawyer was working directly with a member of Congress.

While the general public is unaware of which member of Congress is being discussed, Meadows’ texts tell the committee of the member’s identity.

Until now, the criminal aspect of this story has been limited to Trump’s alleged efforts to interfere with Georgia election proceedings – first for Steve Bannon, and soon for Mark Meadows – and the ongoing criminal investigation into Trump’s alleged efforts to interfere with election proceedings in Georgia. However, there is no reason to believe that the list will come to an end here.

And who is said to be engaged in such activities? Republican officials in the Trump administration and Congress, according to the latest revelations.

Steve Benen is a producer for “The Rachel Maddow Show,” the editor of MaddowBlog, and an MSNBC political contributor. He is also the best-selling author of “The Impostor: How Republicans Quit Governing and Seized American Politics.”