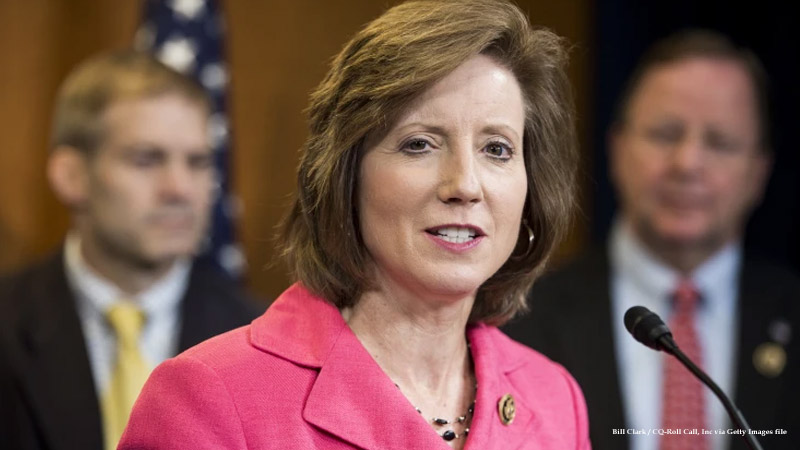 Rep. Vicky Hartzler of Missouri cried on the House floor on Thursday as she asked her colleagues to vote against the Respect for Marriage Act, a bipartisan bill aimed at preserving same-s*ex marriage.

“I hope and pray that my colleagues will find the courage to join me in opposing this misguided and this dangerous bill,” Hartzler said through tears.

Hartzler spent the first two minutes of her speech bashing the bill, claiming its “only purpose is to hand the federal government a legal bludgeoning tool to drive people of faith out of the public square and silence anyone who dissents.”

The federal “Defense of Marriage Act,” which formerly defined marriage as between a man and a woman, is repealed by the Respect for Marriage Act, which requires states to recognize any marriage made in another state.

Hartzler went on to say that the bill was “unnecessary,” and that “Obergefell is not in danger,” referring to the Supreme Court’s finding in the Obergefell v. Hodges case in 2015, which mandated that all states recognize same-s*ex marriages and issue marriage licenses to same-s*ex couples.

In his opinion in the Supreme Court’s Dobbs v. Jackson Women’s Health Organization case from 2022, Justice Clarence Thomas asked on the high court to review various Supreme Court decisions issued under the due process clause, including the Obergefell finding.

Prior to her time in Congress, Hartzler fought passionately for an amendment to Missouri’s constitution that would define marriage as between a man and a woman, as the Kansas City Star first reported.

Hartzler, who has been a member of Congress since 2011, will not be re-elected in 2023 after losing her bid for a vacant Senate seat.