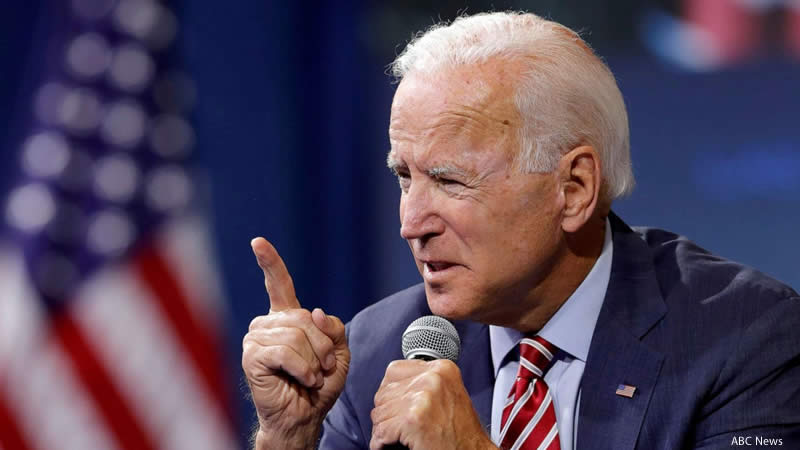 Trump’s push to reopen schools in 2020 was criticized by mainstream media outlets as being reckless.

According to media onlookers who remember that Democrats were the ones afraid of in-person learning during the pandemic, the Biden administration is using “revisionist history” to blame former President Trump for school closures during the COVID era that hurt American children.

“It really is quite startling for the White House press secretary to blame the Trump administration for closed schools during the pandemic. School closings were prompted at the time by a general fear of the COVID virus, prompted largely by teachers’ unions and even medical experts,” DePauw University professor and media commentator Jeffrey McCall told Fox News Digital.

Last week, a query about the National Assessment of Educational Progress (NAEP), which revealed a sharp fall in reading and math scores among 9-year-old pupils during the COVID pandemic, was directed at White House press secretary Karine Jean-Pierre. A reporter inquired as to the Biden administration’s plans and whether the White House bore any responsibility for the delay in school openings.

“Let’s step back to where we were not too long ago when this president walked into this administration, how mismanaged the response to the pandemic was, how… in less than six months, our schools went from 46% open to nearly all of them being open full-time. That was the work of this president,” she said.

“That was the work of Democrats in spite of Republicans not voting for the American Rescue Plan, which $130 billion went to schools to have the ventilation, to be able to have the tutoring and the teachers, and be able to hire more teachers and that was because of the work that this administration did,” Jean-Pierre continued. “We were in a place where… schools were not open, the economy was shut down, businesses were shut down.”

Jean-Pierre then said the NAEP numbers show how “mismanaged” the pandemic was and how “the impact of that mismanagement” affected the progress of children.

Conservative talk radio host Jason Rantz could not believe what he was hearing.

“Karine Jean-Pierre’s revisionist history is so astounding, you tend to wonder if she read from the wrong script in her binder,” Rantz told Fox News Digital, adding that reports showing “the devastating impact Democrat school closures had on kids” is damning and the White House knows it.

“So they’ll pretend Trump didn’t fight to open schools while Democrats and unions tried to keep them closed longer,” Rantz said. “They know this will damage them, so they’ll spin and lie because they’re confident left-wing media outlets will give them a pass.”

As per Foxnews, Cornell Law School professor William A. Jacobson feels Democrats “bear the responsibility for the enormous damage done to children from the prolonged school shutdowns” and that the Biden administration is being dishonest.
“The White House has declared war not only on ‘MAGA Republicans’ but also on the truth,” Jacobson told Fox News Digital.

“Blaming Republicans for keeping schools closed is not just gaslighting, it’s an inversion of reality. Democrats and their supportive teacher’s unions led the effort to keep schools closed, and when they could not accomplish complete shutdowns, to reopen only under stringent masking requirements even for young children,” Jacobson continued. “Republicans and the parent’s movement were demonized first when they tried to reopen schools and let children be children, and then a second time through a Biden White House disinformation campaign.”

Political pundit Stephen L. Miler shared a video of Jean-Pierre’s response and called on Washington Post fact-checker Glenn Kessler to “get to work” before sharing a collection of mainstream media headlines that contradict the press secretary.

Politico reported in 2020 that “Trump wants to reopen schools,” and had “ramped up a push to return children to the classroom” in an attempt to restore the economy. The New York Times published a similar article in July 2020 headlined, “Trump wants schools to reopen. Americans worry it’ll happen too fast,” which noted that Trump was actively pushing for in-person learning.

The New York Times also published a piece in August 2020 headlined, “How Trump’s Push to Reopen Schools Backfired,” which noted that distrust of Trump and his motives hardened the conviction of some educators that teaching in person was unsafe, which helped drive union opposition.

McCall believes schools that reopened once Trump left office “has less to do with Biden’s policy initiatives than it does with the trajectory of the virus itself, along with changing public sentiment.”

“Jean-Pierre’s brazen deflection of the administration’s responsibility for declining test scores demonstrates again that she is prone to rhetorically dance around issues rather than deal with them directly,” McCall said.

Although American Federation of Teachers chief Randi Weingarten famously pushed shutdowns but has received no criticism from most major media outlets since the NAEP data was revealed.

Weingarten “flunked” the pandemic, according to the Wall Street Journal editorial board, but she has generally avoided grief from the likes of CNN and MSNBC.

Despite getting a pass from mainstream outlets, the WSJ editorial board noted Weingarten “pushed shutdowns as long as she possibly could before parents revolted” and “teachers unions demanded that schools be kept shut even as they remained open in Europe.”

The board wrote, “You flunked the pandemic, Randi, and set back America’s children for years.”