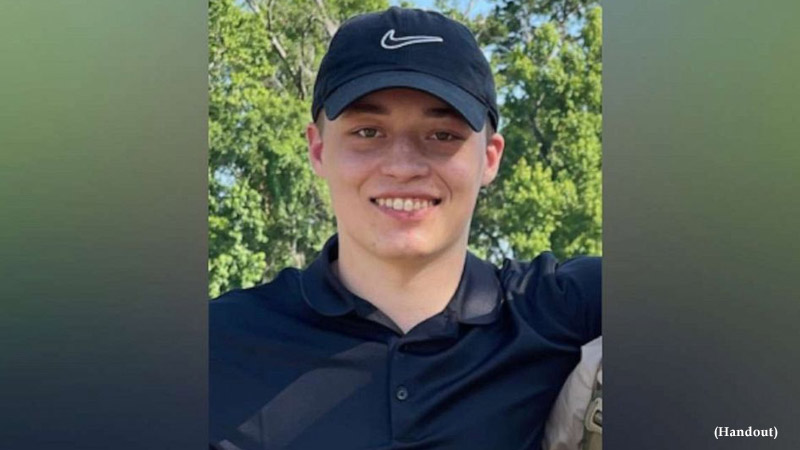 Trevor Bickford, of Wells, Maine, reportedly attacked the officers without justification on December 29, 2022, after boarding a train to the city. His alleged attack occurred only weeks after the suspect was placed on a federal blacklist that would have barred him from going abroad after his mother contacted the FBI about her son’s leanings toward Islamic extremism, according to law enforcement authorities.

According to sources, officers found the suspect’s rucksack at the scene, which contained a diary. According to the reports, the suspect’s final journal note indicated that he planned to die in the attack and requested burial in accordance with Islamic practice.

According to law enforcement officials, Bickford has made remarks to investigators that strengthen the idea that the attack was motivated by Islamic extremism. According to reports, Bickford informed police he took a sip of water and shouted “Allahu Akhbar” before attacking the cops with a knife.

The knife was acquired in Maine, where Bickford apparently deposited hundreds of dollars in cash before boarding the Amtrak to New York. According to reports, the withdrawal and purchase indicate premeditation. According to accounts, the knife was rusty and dull. According to the sources, the policemen’s injuries would have been more severe if the knife had been sharper.

According to law enforcement authorities, Bickford’s mother allegedly phoned the FBI last month and alerted them about his proclivity for Islamic extremism. According to ABC News, the FBI interviewed Bickford and decided he wanted to fly to Afghanistan to fight for the cause.

Bickford was allegedly placed on a federal watchlist, which would have barred him from going abroad, but nothing prevented him from boarding an Amtrak train to New York on December 29, according to ABC News sources.

On Sunday, the three cops were released from the hospital. During a news conference on Sunday, New York Police Commissioner Keechant Sewell told reporters that the incident happened just after 10 p.m. on Saturday between West 52nd Street and Eighth Avenue, outside the protected area set up for New Year’s Eve celebrations.