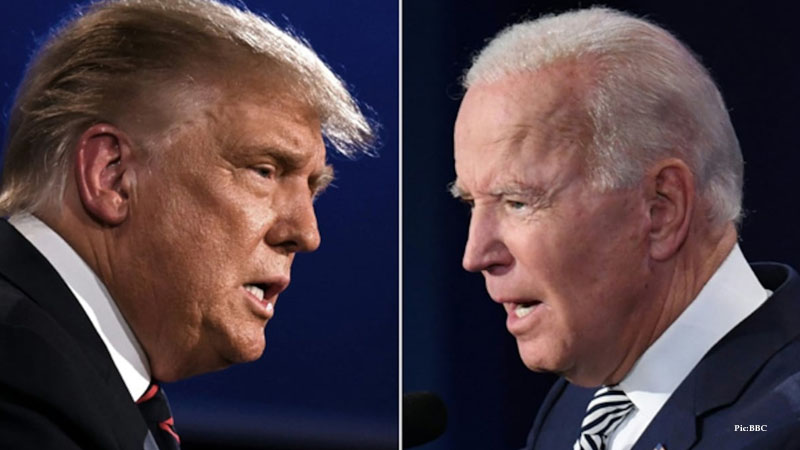 President Biden claimed on Monday that on January 6, 2021, when Trump’s supporters overran the U.S. Capitol in an effort to halt the certification of the Electoral College results, former President Donald Trump “lacked the courage to act.”

“For three hours, the defeated former president of the United States watched it all happen as he sat in the comfort of the private dining room next to the Oval Office,” Mr. Biden said. “While he was doing that, brave law enforcement officers are subjected to the medieval hell for three hours.”

During a virtual address to the National Organization of Black Law Enforcement Executives on Monday, Mr. Biden, who is recovering from COVID-19, made the remarks. His comments came just after the House Select Committee looking into the attack held its final open hearing of the summer.

The shocking public hearings have made new revelations on Trump’s behavior leading up to and on January 6 as rioters stormed the Capitol. Republican committee member Rep. Adam Kinzinger stated at the hearing on Thursday that “the mob was accomplishing President Trump’s aim, and he did not intervene.”

“You saw what happened,” Mr. Biden said Monday. “The Capitol Police, the D.C. Metropolitan Police, and other law enforcement agencies, were attacked and assaulted before our very eyes — speared, sprayed, stomped on, brutalized. And lives were lost.”

Mr. Biden suggested that Trump supporters cannot claim to be pro-police while supporting the Capitol rioters by complimenting the police for their involvement in putting an end to the riot.

Some of President Biden’s strongest remarks so far criticizing his predecessor on January 6 were made on Monday. Although Mr. Biden waived executive privilege for Trump’s inner circle, he mostly let the work of the House committee speak for itself.

Rep. Liz Cheney, the committee’s vice chair, stated on CNN on Sunday that the committee has not yet decided whether or not to recommend Trump for possible criminal investigation. Only the Justice Department has the authority to file criminal charges against someone, despite the House committee’s inquiry into the attack.