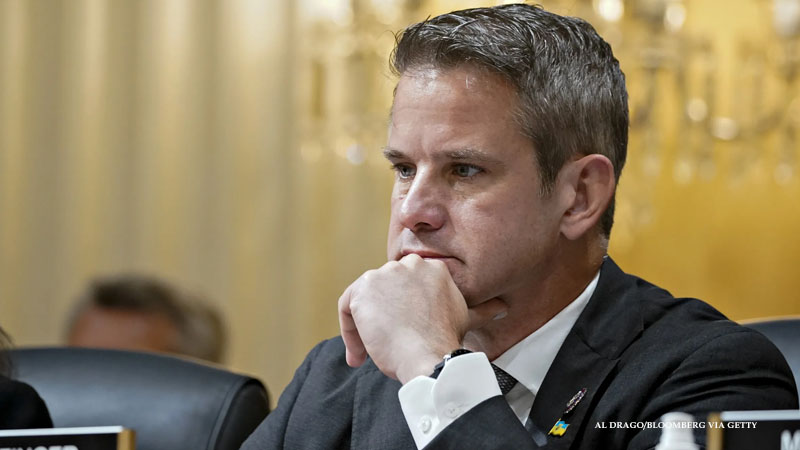 Washington —Rep. Adam Kinzinger, a member of the House select committee looking into the assault on the U.S. Capitol on January 6, said on Sunday that when lawmakers discuss what former President Donald Trump was doing as his supporters violently breached the Capitol, it will “open people’s eyes in a big way” at the panel’s upcoming hearing.

According to Cbsnews, the Illinois Republican Kinzinger claimed that the committee has “filled in the blanks” regarding what Trump was doing at the White House in the 187 minutes between the time that his supporters descended upon the Capitol building and the time that he made his first public statement in response to the attack.

“I can’t necessarily say that the motives behind every piece of information we know we’ll be able to explain, but this is going to open people’s eyes in a big way,” Kinzinger said. “The reality is, I’ll give you this preview, the president didn’t do very much but gleefully watch television during this time frame.”

Kinzinger urged the American people and his Republican colleagues in particular, to “watch this with an open mind” and ask, “Is this the kind of strong leader you really think you deserve?”

“I knew what I felt like as a U.S. congressman,” he said. “If I was a president sworn to defend the Constitution, that includes the legislative branch, watching this on television, I know I would’ve been going ballistic to try to save the Capitol. He did quite the opposite. The president didn’t do anything.”

Thursday’s primetime meeting from the select committee will feature significant involvement from Kinzinger and Virginia Democrat Rep. Elaine Luria. The panel will have its eighth hearing at the time of the release of its final report, according to Kinzinger.

However, he pointed out, the select committee could set up more hearings if its members obtain the information they believe needs to be made public.

Additionally, House investigators have kept up their private meetings with witnesses, most recently with former Overstock CEO Patrick Byrne on Friday and former White House lawyer Pat Cipollone earlier this month. Trump friend Byrne was there at a meeting at the White House on December 18 that was called “unhinged.”

According to Kinzinger, the committee is still debating whether to force former Vice President Mike Pence to testify, something he said he himself would want to see done, as well as if it would be advantageous for Trump to appear before the investigation.

“I’m not sure we do need them physically there because we’re getting a lot of information,” he said. “Donald Trump has made it clear that he doesn’t mind not telling the truth, let’s just put that mildly. He lies all the time. I wouldn’t put it past him to lie under oath, so I’m not sure what the value is there.”

The Department of Homeland Security’s inspector general informed lawmakers that the organization deleted messages from January 5 and January 6. As part of its ongoing investigation, the committee on Thursday issued a subpoena to the U.S. Secret Service for text messages pertaining to the events of January 6. Although the deletions happened after the watchdog requested the messages as part of an investigation into the Secret Service’s response to the Capitol assault, Inspector General Joseph Cuffari claimed to congressional committees that his office was informed the messages were deleted as part of a “device replacement program.”

Although it’s unclear whether the texts still exist, Kinzinger said the agency has claimed it will comply with the subpoena by a deadline of Tuesday.

“It’s quite crazy that the Secret Service would actually end up deleting anything related to one of the more infamous days in American history, particularly when it comes to the role of the Secret Service,” he said.