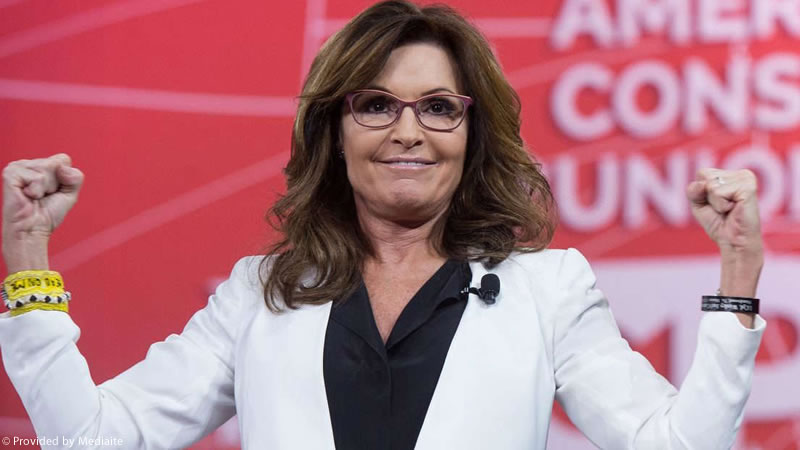 Sarah Palin said she felt “totally fine” in her first interview since contracting COVID-19 again on Monday, telling Fox News host Jesse Watters that the experience had not changed her views about the deadly pandemic’s risks.

“There are more viruses on Earth than there are stars in the sky,” Palin, 57, insisted. This virus, she argued, was being used to “control the people”

On Monday, the former Alaska governor-turned-TV personality made news when a federal judge in New York pushed back her defamation case against The New York Times after she tested positive for COVID-19.

Palin was diagnosed with COVID for the second time in March, after she said she suffered “bizarre” symptoms after getting the virus previously, including a loss of taste and smell.

While she initially told PEOPLE that becoming ill reminded her of the importance of taking precautions such as wearing a mask, she has since become more vocal about the restrictions imposed to slow COVID infections. (The New York Times reports that she recently ate indoors at a restaurant in the city despite the fact that she lacked proof of vaccination, breaking local restrictions.)

She recently stated that she has no intention of being vaccinated.

“It’ll be over my dead body that I’ll have to get a shot,” Palin said while addressing a conservative crowd at AmericaFest 2021 in December. “I will not do that. I won’t do it, and they better not touch my kids either.”

Palin said she felt “absolutely normal” in an interview with Fox News on Monday. Despite this, she claims that the virus has become “politicized and weaponized,” and that vaccine mandates are “COVID overreach, over-regulation, overreaction.” “COVID overreach, over-regulation, overreaction.” (There is no federal mandate to be vaccinated, though federal workers and some private employees are required to be vaccinated or regularly tested for the virus.)
Palin also stated that she agreed with Bill Maher’s recent controversial comments about COVID safety precautions.

“I say, ‘Welcome to the team too,’ ” Palin said Monday of Maher’s comments. “I guess we will take him because he does have a voice.”

As per Yahoo, Palin herself doesn’t appear to be swayed by the science, as recent data shows that those who are fully vaccinated are far less likely to be hospitalized with the virus, according to the Centers for Disease Control and Prevention (and studies by the scientific community around the world).

Palin continued to suggest in her interview with Watters that COVID mandates will be expanded as part of a pattern of the government acquiring power.

Palin’s new diagnosis caused a slight delay in her defamation trial against the Times, which was due to begin Monday, according to her Fox News interview.

The jury selection date was moved to February 3rd.

Trump Mocked for an Embarrassing ‘Please Clap’ Moment at his own Resort
Donald Trump Stated that if he is re-elected President in 2024, he will Pardon Capitol Rioters