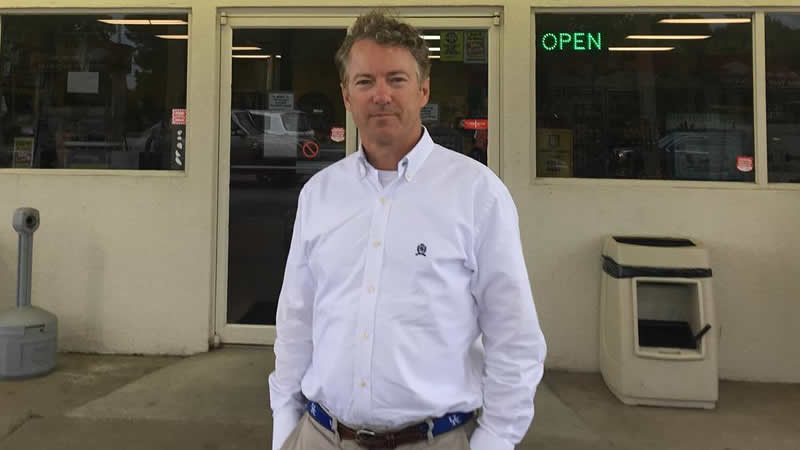 After posting a video saying most masks are ineffective in combating COVID-19, YouTube has suspended Republican Sen. Rand Paul of Kentucky from uploading content for one week, making him the second GOP lawmaker to be reprimanded by a social media platform this week for misinformation.

According to public health specialists, masks, including cloth masks, which Paul took issue with, protect against COVID-19 transmission and thus infection. According to YouTube, Paul said in the video that “cloth masks don’t work” and that most over-the-counter masks “don’t prevent infection,” violating its policies against spreading COVID-19 medical misinformation.

“This resulted in a first strike on the channel, which means it can’t upload content for a week, per our longstanding three-strikes policy,” a YouTube spokesperson said in a statement. “We apply our policies consistently across the platform, regardless of the speaker or political views, and we make exceptions for videos that have additional context such as countervailing views from local health authorities.”

YouTube says it will remove content that claims masks don’t function to prevent COVID-19 infection or spread to safeguard users from content that can cause real-world harm.

The latest masking recommendation from the Centers for Disease Control and Prevention is that everyone in locations with substantial or high levels of transmission, whether vaccinated or not, wear a mask in public, indoor settings.
Following the media giant sanctioned Paul on Monday, the Kentucky senator responded in a tweet on Tuesday, calling the ban a “badge of honor.”

He also blasted the ban in a press release, but conceded he believes that private companies should have “the right to ban me if they want to.”

“I think this kind of censorship is very dangerous, incredibly anti-free speech, and truly anti-progress of science, which involves skepticism and argumentation to arrive at the truth,” the release began.

“As a libertarian-leaning Senator, I think private companies have the right to ban me if they want to, so in this case I’ll just channel that frustration into ensuring the public knows YouTube is acting as an arm of government and censoring their users for contradicting the government,” he continued, without evidence. – as per the source.

According to abc7news, while Greene tweeted on Monday that immunizations were “failing,” data shows that nearly all COVID-19 hospitalizations and deaths in recent weeks have been among the unvaccinated, according to the Centers for Disease Control and Prevention.

Vaccination is the most effective strategy to prevent the spread of the coronavirus and the highly contagious delta variant, according to public health experts.