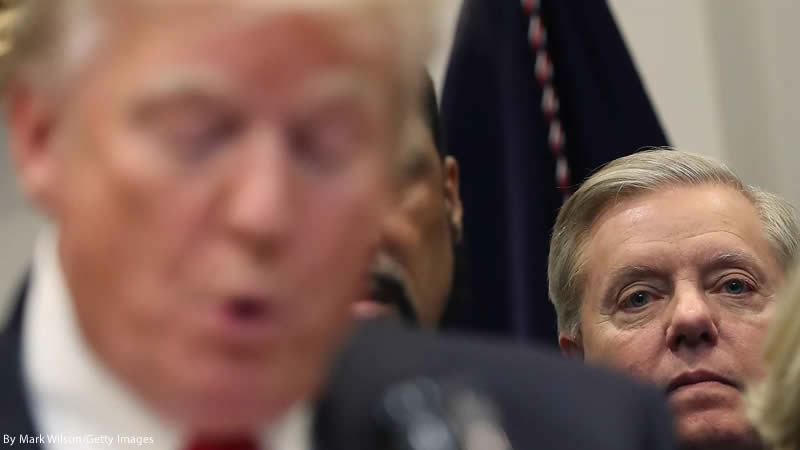 Senator Lindsey Graham (R-SC) was mocked on Tuesday by his critics after his years of allegiance to former President Donald Trump backfired this week.

Over the weekend, Trump promised to pardon his followers who attempted to change the results of the 2020 election by attacking the US Capitol on Jan. 6, 2021.

That was deemed “inappropriate” by Graham.

And with that, Trump turned on Graham, who had been one of his most subservient supporters in the Senate.

“Lindsey Graham is wrong,” Trump said in an interview on Tuesday with right-wing media. “I mean, Lindsey is a nice guy, but he’s a RINO. Lindsey’s wrong.”

As per Yahoo, Trump said Graham “doesn’t know what the hell he is talking about” and that his supporters who invaded the Capitol were “not guilty.”