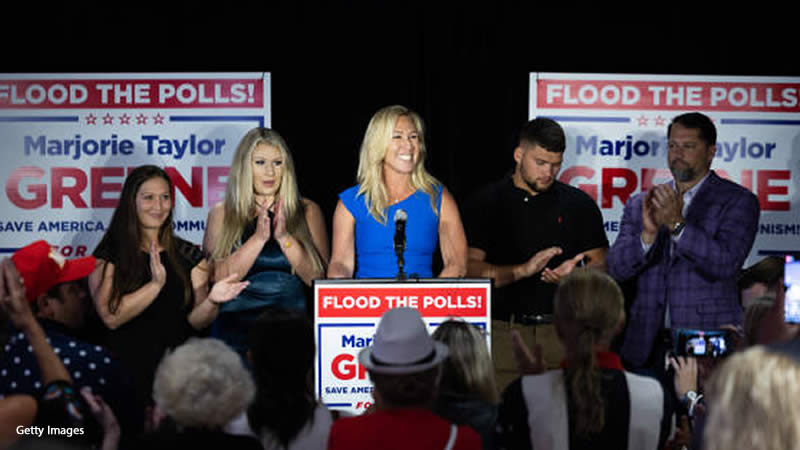 Perry Greene, the husband of far-right Rep. Marjorie Taylor Greene (R-GA), filed for divorce on Wednesday, according to The Daily Beast.

Greene and his wife, 48, had already separated, according to the divorce petition filed in Georgia Superior Court of Floyd County.

“The petition stated that the Greenes’ 27-year marriage was ‘irretrievably broken’ and indicated that the couple, who wed in college, had been separated for some time,” reported A.J. McDougall.

“Perry Greene motioned to have the divorce filed under seal, arguing ‘that the record will contain sensitive personal and financial information, the public disclosure of which would negatively impact the parties’ privacy interests.'”

According to court documents, the couple married in 1995 while they were both students at the University of Georgia.

The congresswoman issued a statement on the matter to The Daily Beast, declining to reveal any further details of the divorce other than that it ended amicably.

“Marriage is a wonderful thing and I’m a firm believer in it,” said the statement. “Our society is formed by a husband and wife creating a family to nurture and protect.

Together, Perry and I formed our family and raised three great kids. He gave me the best job title you can ever earn: Mom.

I’ll always be grateful for how great of a dad he is to our children. This is a private and personal matter and I ask that the media respect our privacy at this time.”

Her husband released this statement:

“Marjorie has been my best friend for the last 29 years and she has been an amazing mom. Our family is the most important thing we have done.

As we go on different paths we will continue to focus on our 3 incredible kids and their future endeavors and our friendship.”