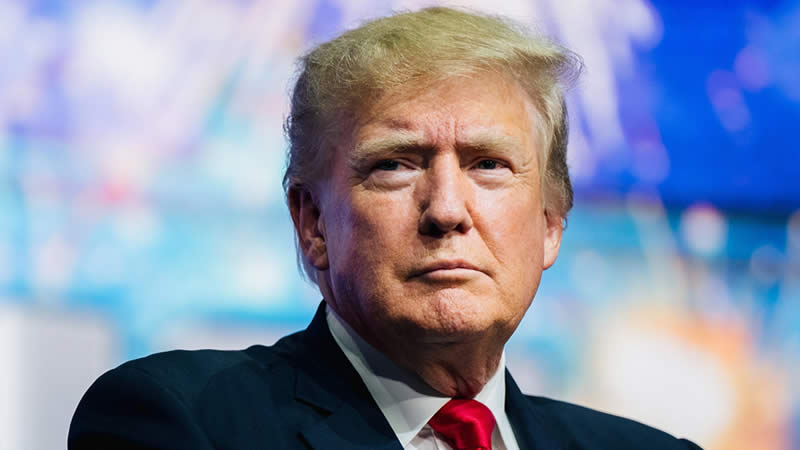 Former President Donald Trump is ordered to submit testimony next week under oath Monday in a lawsuit filed by the protestors who claim they were “violently attacked” by his security guards on the sidewalk outside of Trump Tower in New York in September 2015.

Trump’s videotaped deposition will take place on Monday morning in Trump Tower, which is located on Fifth Avenue in Manhattan’s Midtown section. The claim is one of at least 10 civil lawsuits filed against Trump. The videotaped deposition, which will be used as Trump’s testimony at trial, will be his first since being elected president in 2016.
Lawyers for the plaintiffs in the civil complaint, which is pending in Bronx Supreme Court, will question him there.
“This is a case about Donald Trump’s security guards assaulting peaceful demonstrators on a public sidewalk,” said Benjamin Dictor, a lawyer for the plaintiffs.

“We will be taking the trial testimony of Donald Trump, under oath, on Monday after years of the defendants’ dilatory attempts to shield him from this examination. We look forward to presenting the video of Mr. Trump’s testimony to a jury at his trial.”

Trump’s videotaped testimony will be presented to a judge as a result of a previous judicial ruling that permitted the then-president to avoid appearing in person while working in the White House.

An attorney for Trump did not immediately respond to a request for comment.

In July, Bronx Supreme Court Judge Doris Gonzalez ordered Trump to appear for the deposition, which was scheduled for a later date.

According to an order issued by Gonzalez last week, he and the plaintiffs later agreed that he would be deposed on Sept. 24, but that date was postponed after his lawyers returned and stated Trump was no longer available for that date.

According to the order, which was first reported Thursday by ABC News, Trump and the plaintiffs agreed on the timing of Monday’s deposition.

In addition to Trump, the complaint names his 2016 presidential campaign, the Trump Organization, and Keith Schiller, who served as Trump’s bodyguard for several years.

The case demands restitution for the acts of Trump’s security staff during the protest outside Trump Tower on Sept. 3, 2015, months after Trump announced his candidacy for the Republican presidential nomination.

The prosecutors, who are Mexican-American human rights activists, claim that Trump’s guards attacked them and destroyed their posters during the event which was held to protest Trump’s anti-Mexican immigrant prejudice.
Schiller, Trump’s then-security chief, is accused of punching one of the protesters, Efrain Galicia, in the head after Galicia attempted to grab a banner that Schiller had ripped from his grasp.