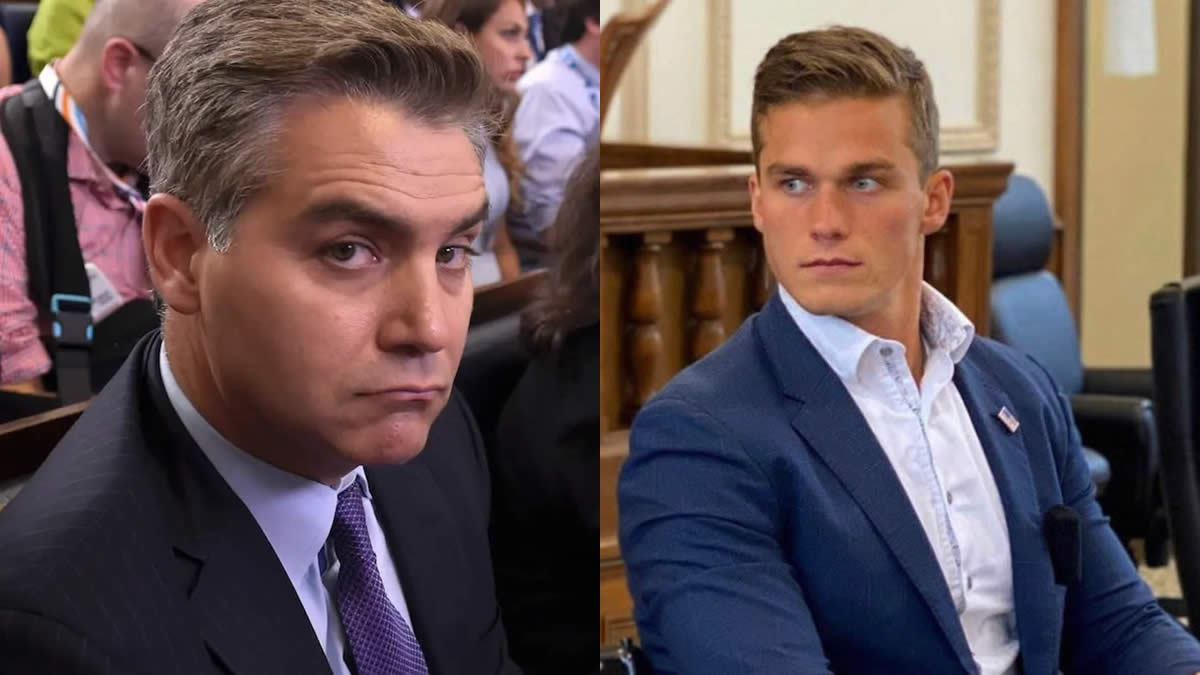 Jim Acosta supposed he had a “slam-dunk” working after Rep Cawthorn…But instead, Acosta got SOAKED ON

On Sunday, Rep. Madison Cawthorn (R-NC) appeared on CNN to express host Jim Acosta that he thinks the 2020 presidential elections were stolen.

“What are your thoughts on associating yourself with the former president after he gave that speech on January 6 and provoked an insurrection at the capitol?”

Acosta asked. “Why associate yourself with him?”

“Well, I think, Jim, you and I both know that I completely disagree with that assertion,” Cawthorn responded. “The complete premise of that question is that he invoked an insurrection. I don’t believe that’s what happened whatsoever. I think he spoke at a rally. What happened on January 6 is despicable, and people should be prosecuted that broke the law. But I genuinely don’t think there was any provocation from anybody who spoke that day.”

“You know what, I do look forward to being the future of the Republican Party, but I will tell you, I think Donald Trump is leading the way on that,” Cawthorn fired back. “And you know, I think you and I know that we have a complete disagreement. I do believe the election was stolen …”