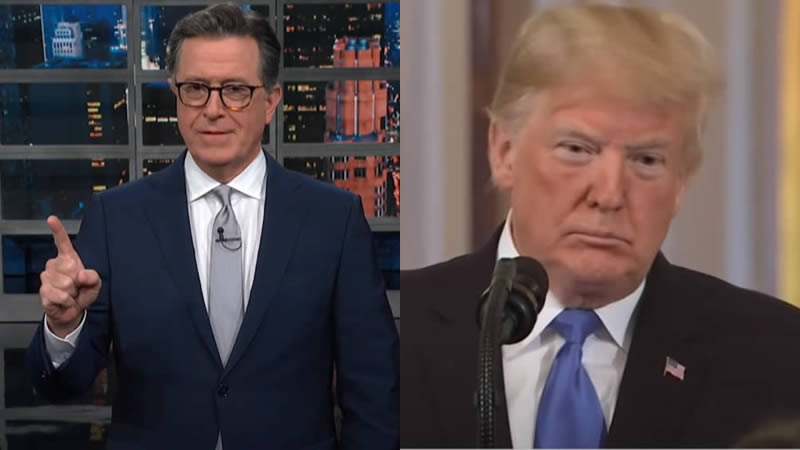 Stephen Colbert expected that the world would soon see what Donald Trump was up to during the 187 minutes of public silence on January 6, 2021, as his supporters attacked the United States Capitol.

Trump eventually released a video in which he referred to the rioters as “very special people” while repeating lies about the 2020 election, which he lost.

“We love you,” Trump told the rioters before ordering them to leave.

Colbert noted on Monday night’s “Late Show” that one reason Trump took so long to speak was that staffers had to keep reshooting the video when he wouldn’t say the right thing.

“OK,” Colbert said. “But what were these people expecting? Not saying the right thing is kind of his thing. That’s like saying, ‘We have to reshoot this Kool-Aid commercial because that giant pitcher keeps smashing through the brick wall.’”

Colbert also noted that the bipartisan House committee investigating the attack has asked previously unseen footage from the White House that day.

“Oh good!” Colbert said. “We’re going to get to see all the bloopers. And like all the best bloopers, I hope there’s one where he gets hit in the nuts.”