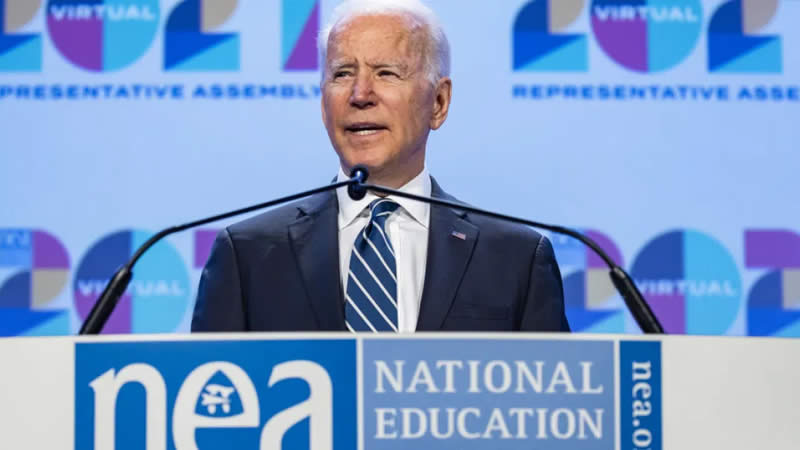 On Thursday, the Biden administration announced that 323,000 debtors will have their federal student loan debt canceled automatically.

Student loan borrowers who are unable to maintain substantial, profitable employment due to a psychological or physical medical impairment can have their federal student loans canceled under the TPD Discharge program.

However, handicapped student loan borrowers must file a formal application to have their loans forgiven under the program, which can be difficult for people dealing with major health concerns, and many borrowers may not even be aware that they qualify.

Advocates have long claimed that the Department of Education has the power and jurisdiction to provide TPD Discharges to disabled student loan borrowers who receive Social Security disability benefits (provided that they have a disability review period of at least five to seven years).

The Social Security Administration had previously identified hundreds of thousands of handicapped student loan borrowers who would be eligible for TPD discharges and shared that information with the Department of Education, but the Department had taken no action.

On Thursday, that finally changed, and the Department of Education said that it will begin automatically discharging nearly $5.8 billion in federal student loans for handicapped borrowers who have been identified as eligible by the Social Security Administration.

Miguel Cardona, secretary of Education characterized the action as “in alignment with our strategies from day one to put our borrowers at the center of the conversation… Today’s action removes a major barrier that prevented far too many borrowers with disabilities from receiving the total and permanent disability discharges they are entitled to under the law,” he said.

The Department of Education also said that it would extend more TPD Discharge relief, which eases paperwork requirements during a three-year post-discharge monitoring period in which borrowers must report their employment status and associated earnings to the Department or risk having their student loan discharge reversed. The monitoring requirement has been suspended by President Biden in response to the Covid-19 pandemic.

The Department announced that it “will indefinitely stop sending automatic requests for earnings information even after the national emergency ends.” Advocates praised the administration’s moves.

“This is a life-altering announcement for hundreds of thousands of student loan borrowers with disabilities,” Dan Zibel, Student Defense Vice President and Chief Counsel, said in a statement. “We have long been calling on the Department to take this step and eliminate unnecessary red tape that has kept too many people caught in a cycle of debt. Today’s step is another indication that the Department is listening to the voices of student loan borrowers.”

Persis Yu, director of the National Consumer Law Center’s Student Loan Borrower Assistance Project, said in a statement, “We are excited to see the Department of Education finally provide automatic discharges to the hundreds of thousands of disabled borrowers who have been entitled to this relief for years,” “This action is long overdue and will make a huge difference in the lives of hundreds of thousands of borrowers who have been trapped in unnecessary student debt.”

The Department’s action today accords with the beginning of a regulatory rewrite process to overhaul key federal student loan forgiveness and repayment programs, including the TPD Discharge program. Although final regulations may be years away, the reform might result in significant changes to these programs.

As mentioned in the report by Forbes, Yu said, “We are also encouraged to see that the Department of Education plans to pursue broader changes through its upcoming rulemaking and we look forward to working with the Department through this rulemaking to eliminate the many barriers that exist which keep borrowers with disabilities from receiving the relief they are entitled to under the law.”

The automatic student loan cancellation will begin in September, according to the Department.