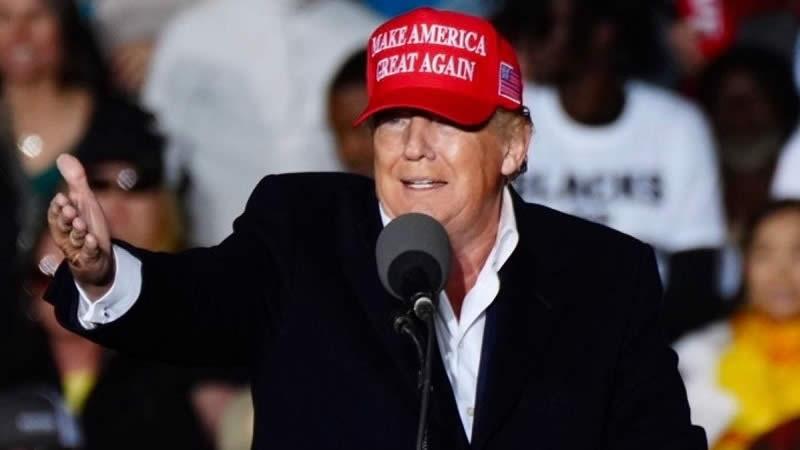 As per the lawsuit, NY State Attorney General Letitia James must complete her questioning by the following week.

Former President Donald Trump and his children, Donald Jr. and Ivanka, are set to appear in New York’s civil inquiry into suspected fraudulent business activities on July 15, according to a court filing, Cbsnews reported.

New York State Attorney General Letitia James and her team of investigators must complete their questioning “by the following week,” according to the lawsuit.

Trump and his children Ivanka were subpoenaed by a New York court in February and were ordered to appear before James, according to CNBC.

According to paperwork provided by a lower court, Trump, Donald Jr., and Ivanka have until June 13 to ask New York’s highest court for a stay.

Trump’s petition to quash James’ subpoena was rejected in February, and he failed to provide the records by the court-ordered date of March 3rd. At his lawyer’s request, the deadline was later pushed back to March 31.

The issue revolves around charges that the Trump Organization overstated the worth of its properties in order to secure favorable bank loans and tax breaks. The case is being examined by James, a Democrat.

She is believed to have stated that the investigation, which has been ongoing for more than three years, has found “significant evidence” that Trump’s corporation made false asset valuations in its financial statements for more than 10 years.

On April 25, New York Judge Justice Arthur Engoron found Trump in contempt for failing to submit crucial records for the investigation, resulting in a $110,000 fine paid by the former president last month.

Trump’s assets are also being investigated in Manhattan in a separate investigation.

Trump appeared for a deposition in October in a case involving a group of Mexican protesters who accused Trump’s security guard of assaulting them outside of Trump Tower in 2015.