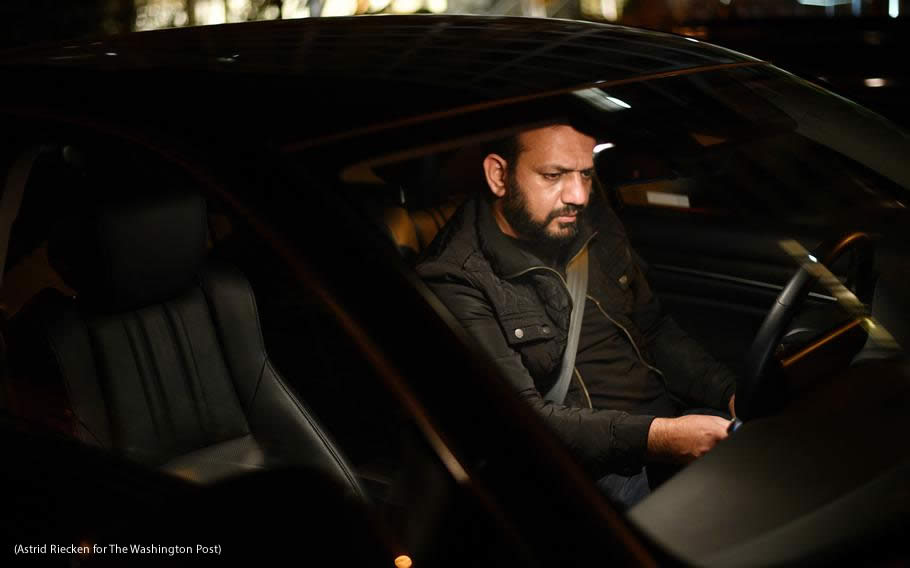 Khalid Payenda told The Washington Post he has been haunted by the fall of Afghanistan to the Taliban. Among those he blames are the Americans who touted their mission as upholding democracy and human rights in the region
Before the Taliban gained control of Afghanistan, the finance minister drove an Uber in Washington to support his family. Khalid Payenda was in charge of a $6 billion budget in his own nation, but he fled as the government was on the point of collapse.

Now, the father of four has joined the gig economy and tells The Washington Post, “I feel incredibly grateful for it. It means I don’t have to be desperate.”

Payenda is also co-teaching a course at Georgetown University and occasionally speaking at think-tanks as he copes with a sense of rootlessness and failure. “Right now, I don’t have any place,” he said. “I don’t belong here, and I don’t belong there. It’s a very empty feeling.”

According to The Washington Post, Khalid Payenda has been haunted by the Taliban’s takeover of Afghanistan. He holds the Americans responsible, claiming that their objective was to uphold democracy and human rights in the region.

“Maybe there were good intentions initially, but the United States probably didn’t mean this,” Payenda said.

After two decades of war, the United States withdrew from Afghanistan in August of 2021.

In February 2020, many months before the Taliban seized control of Afghanistan, former President Donald Trump’s government signed a conditional peace agreement with the militant group, promising to withdraw US troops over a 14-month period. The Afghan government was notably absent from the deal.

Senior US officials have mostly moved on from the Afghanistan war, which began with lofty promises of democracy, human rights, and women’s rights 20 years ago and ended with an American president blaming Afghans, such as a Payenda, for the mess that was left behind.

“So what’s happened? Afghanistan political leaders gave up and fled the country,” President Joe Biden said as desperate Afghans rushed to the airport the day after Kabul fell, adding: “We gave them every tool they could need. . . . We gave them every chance to determine their own future. What we could not provide them was the will to fight for that future.”

Payenda resigned as finance minister a week before the Taliban took control of Kabul, blaming a deterioration in his relationship with Ghani. Fearing that he might be detained by the president, he fled to the United States, where he reconnected with his family.

“We had 20 years and the whole world’s support to build a system that would work for the people,” Payenda said in a text message to a World Bank official in Kabul on the day the capital fell, quoted by the Post.