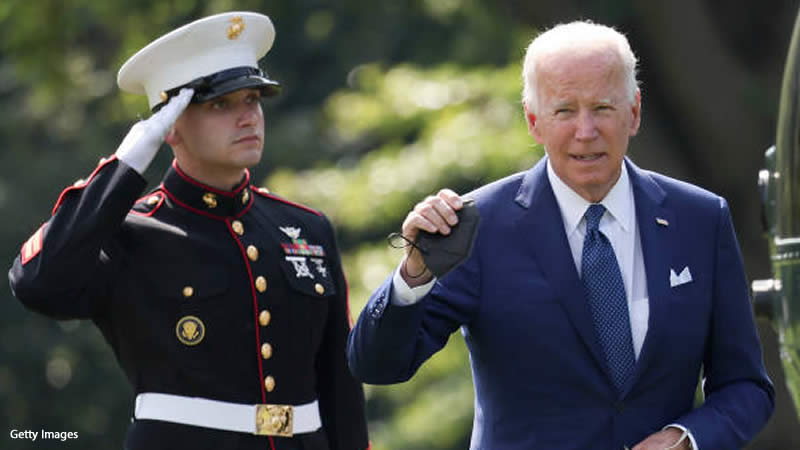 On Tuesday, President Joe Biden set off more than a few perv-o-meter alarms when he abruptly stopped speaking about America being “safer” to make creepy comments to a 9-year-old (presumably a little girl) in the audience.

The president, who once promised to bring America together, unite our people, and unite our nation, prattled on aimlessly about “MAGA Republicans” and the never-ending horrors of the January 6 “insurrection” at an event in Pennsylvania.

\u201c”Let me say this to my MAGA Republican friends in Congress: Don’t tell me you support law enforcement if you won’t condemn what happened on the 6th,” Pres. Biden says during a speech in Pennsylvania.\n\n”For God’s sake, whose side are you on?” he adds.\u201d

He mocked “brave right-wing Americans” who believe that guns are an effective deterrent to government overreach.

He claimed “the Mexicans” have “real problems” with “gun trafficking across the southern border, into Mexico.”

President Biden even told an odd, meandering story about… we’re not sure what it was about, but it sounded pretty racist.

But the creepiest moment of the whole insufferable event came when the president suddenly stopped his super unifying speech to ask a child in the audience, “How are you, baby? How old are you? How old are you? … almost double figures!”

As Glenn Beck and Stu Burguiere discussed on “The Glenn Beck Program” Wednesday, President Biden also told the most hilarious joke (that you’ve heard a thousand times before) and a few complete whoppers that were almost as funny as his complete lack of knowledge about guns and ammunition.