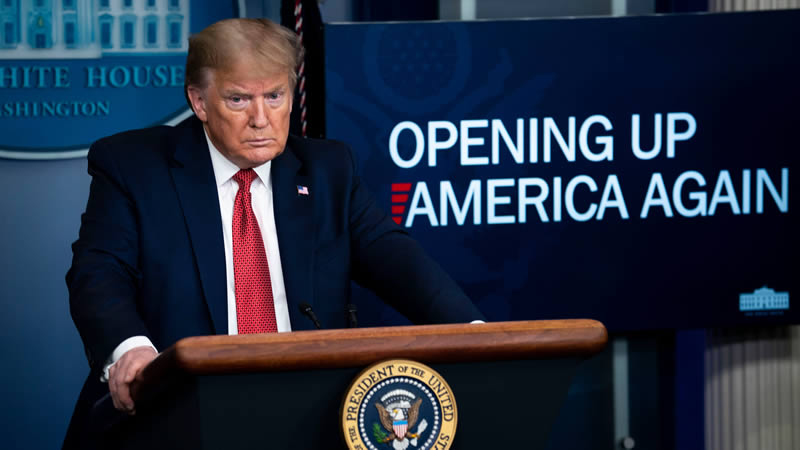 The documents were obtained by the 6 January Committee after a lengthy legal battle with the former president, who insisted that the records of his administration were protected by executive privilege. The US Supreme Court, however, ultimately dismissed those claims and allowed the unsealing of the documents.

The US House Committee on the 6th of January received the first of the subpoenaed documents from the Trump administration, some of which the National Archives had to tape back together after being torn apart. The agency explained that these presidential records were in that state after Trump’s presidency ended.

The National Archives claimed in a CNN comment that the documents were torn by Donald Trump himself, but they only cited previous media reports as the source of their claims. According to these reports, which surfaced as early as 2018, administration staffers had to tape many documents that passed Trump’s desk back together after he allegedly tore them up.

“These were turned over to the National Archives at the end of the Trump Administration, along with a number of torn-up records that had not been reconstructed by the White House”, the agency said.

According to the evidence, not all of the records that were required to be turned over to the archives in their entirety under US law had been taped back together. Now that the records had been subpoenaed by the 6 January panel, it was up to the staff at the National Archives to do the job.

It is unclear why certain documents were ripped up by Trump while others were not.

The former president recently lost a lengthy legal battle with the 6 January Committee in which he attempted to keep the documents sealed. Trump has repeatedly criticized the committee, calling it a “witch hunt” designed to harm him.

The House Select Committee, which was formed with the stated goal of investigating the cause of events at the Capitol on January 6, 2021, stated that it believes the subpoenaed documents contain important evidence allegedly proving that Trump attempted to stage an insurgency – a claim that Trump strongly rejects.