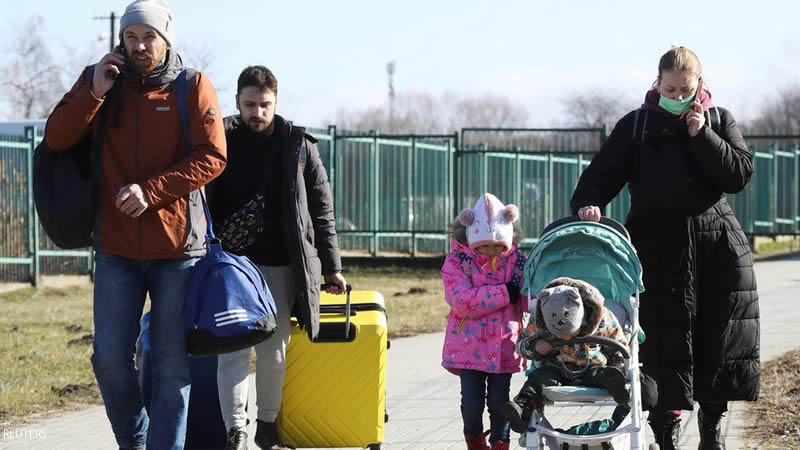 The payment will be made as a “thank you” to those who have shown their support.

All families who take displaced Ukrainian refugees into their homes will receive a significant monthly reward, according to the government.

Families who give shelter for Ukrainians forced to escape their native country owing to Russia’s violent, continuous attacks will receive £350 per month under a plan devised by Housing Secretary Michael Gove.

The reward will be a “thank you” for providing much-needed assistance at a crucial moment in this brutal conflict.

According to numerous reports, the Homes for Ukraine scheme will allow UK residents to sponsor families or individuals and allow them to stay rent-free at their homes or provide them with alternative accommodation.

It is intended that the scheme would eventually be opened up to charities, organizations, businesses, and faith centers so that much larger groups can be sponsored and as many refugees as possible can be helped.

According to the guardian, the £350 monthly contribution would be less expensive than paying for refugee hotel accommodation, which “averages at around £200 per night,” according to their source.

Until recently, the UK government only granted visas to Ukrainian refugees who had relatives living in the country. To make matters worse, refugees who had arrived in Calais, France, were told that they would have to travel to Paris or
Brussels instead in order to obtain the necessary approvals to enter the United Kingdom.

The Refugee Council, for example, criticized Gove’s plans for their “bureaucratic hurdles” and the demand for long, online documentation to complete the rehousing process.

As per Financial Times, Gove responded by suggesting that charities and social media sources could assist in making the process more mainstream, with online networks being used to connect UK households with refugees and share the burden of online paperwork.

While speaking live on Sky News this morning, Gove mistakingly suggested that 300,000 visas had been awarded to fleeing Ukrainians thus far. However, he promptly corrected his on-air gaffe, indicating that the real number of visas given was closer to 3,000.

In addition to earning a £350 monthly “thank you,” Gove also indicated that embracing refugees will bring financial benefits to local governments. According to reports, each local government might receive £10,000 for each refugee it assists in relocating.