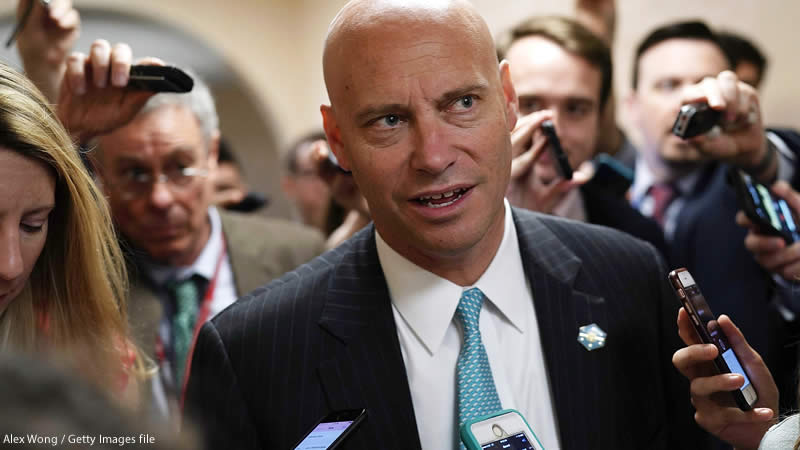 Short has worked as a Pence aide in multiple roles since the former vice president was a member of Congress. Short was subpoenaed by the committee in December for his cooperation with the investigation.

Short, who was with Pence at the Capitol on January 6, 2021, attended a “critical” White House meeting on January 4, 2021, and is seen as a potentially crucial witness in the committee’s investigation as the panel pieces together the pressure campaign waged by Donald Trump and his allies to try to convince Pence not to certify the presidential election.

Short’s decision to cooperate with the House Select Committee, rather than fight the subpoena issued to him, is the latest reminder that the public is still unaware that several key players close to Trump are quietly cooperating with the January 6th investigation.

Trump has repeatedly attempted to discredit the Committee’s work, urging his allies and aides not to comply. While some have fulfilled his personal demands, others have chosen to avoid the same consequences as Steve Bannon, who is free on bond while facing contempt of Congress charges in July.

According to public disclosures and lawsuits filed by witnesses, the select committee has interviewed more than 350 witnesses, received more than 300 substantive tips, and issued more than 50 subpoenas for phone and email records, Trump administration documents, witness testimony, and bank records in the six months since its formation.

Trump was still blaming Pence as recently as this weekend, including in a written statement in which he admitted bluntly that he had been attempting to use Pence to overturn the election result. Trump blasted Pence, saying, “He could have overturned the election!”

As they walked through the halls of the Capitol, Trump supporters famously chanted, “Hang Mike Pence!” Pence and his staff were mysteriously locked out of their offices despite having security badges that worked that morning and were forced to hide on a loading dock for a time during the riot.