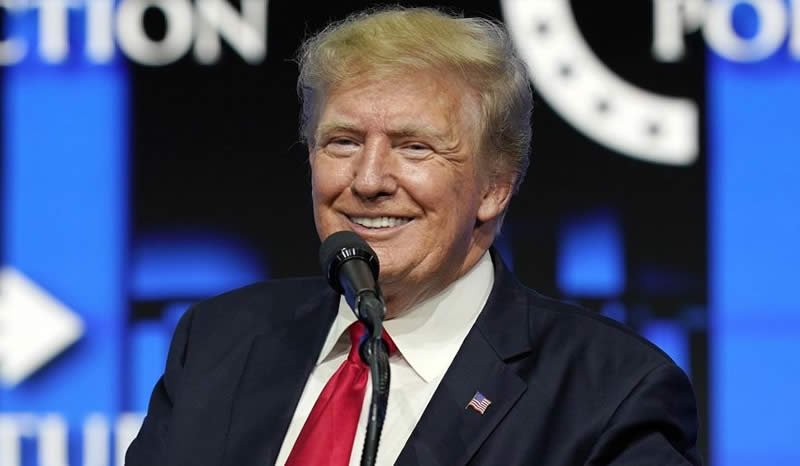 In a recent SEC filing, Donald Trump‘s media and technology firm stated that it will build a new streaming service called TMTG+ that will be a “non-woke alternative” to Netflix and Disney+.

Trump Media and Technology Group (TMTG) recently merged with Digital World Acquisition (DWAC), a publicly-traded company, and has been working for a public listing, with regulatory approval expected by the end of 2022.

TMTG launched with the social media platform Truth Social earlier this year, funded by $1 billion from a number of investors. With this latest news, it appears the company now plans to take on the giants of streaming.

In a prospectus disclosed to the SEC yesterday morning, the former president’s corporation elaborated on its plans.

The document said that programming on the platform will include “blue-collar comedy, canceled shows, Trump-specific programming, faith-based shows, family entertainment, shows that embrace the Second Amendment, and news.”

It adds that the service “will provide a platform for conservative and/or libertarian views and otherwise canceled content from other broadcast television and/or digital streaming platforms.”

As per Deadline, podcasts will also be available as part of TMTG+’s offering.

The subscription streaming outlet will be “similar to Netflix, Disney+, and other current offerings,” according to the filing. It adds, however, that despite its political nature, “TMTG intends to produce or acquire entertainment simply for entertainment’s sake. TMTG’s programming will thus provide a non-woke alternative to the programs offered by streaming services that operate in an increasingly politicized environment. TMTG will not censor the creators of entertainment for TMTG+, nor will it insist that its programming push some particular political ideology.”

The decision to develop this platform was based on a perceived “acute need for quality programming that does not lecture its viewers or only present one ‘acceptable’ approach to a topic. Entertainers and creators have frequently been agents for change in our society. Large media conglomerates become increasingly monolithic in their views, canceling those who disagree with the prevailing narrative. TMTG believes that embracing diverse perspectives will differentiate TMTG+ in the current crowded media and entertainment marketplace.”