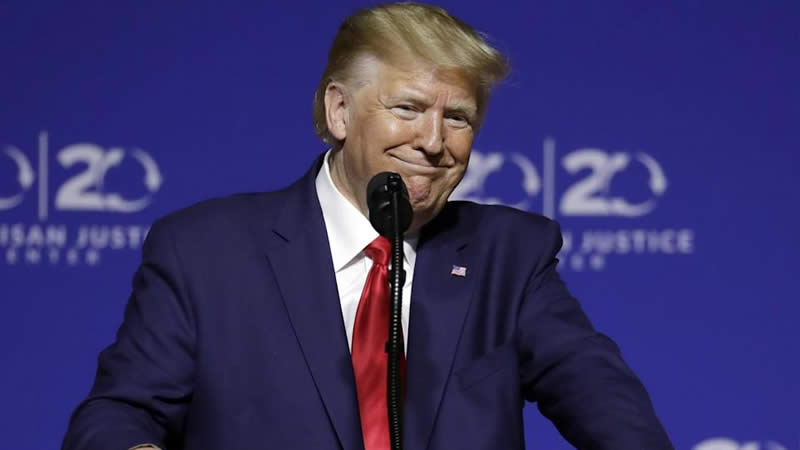 Forbes has released an annual ranking of the wealthiest 400 Americans since the early 1980s. Former President Donald Trump was on the list for the first eight years, as well as the last 25 years.

According to Forbes’ Dan Alexander, Trump lost $600 million since the onset of the COVID-19, fell $400 million short of reaching this year’s list. Forbes estimates Trump’s worth is $2.5 billion.

Trump’s wealth has frequently come up in discourse. The New York Times questioned Trump’s claims of self-made fortune in the 2018 investigation, revealing that his father, Fred, had given him at least $413 million, including through tax-avoidance techniques. Mary Trump, who revealed herself as the source of the materials handed to the Times in a book published last year.

After learning that Trump planned to sue her and The New York Times over the story, she told NBC News of her uncle: “I think he is a loser, and he is going to throw anything against the wall he can. It’s desperation. The walls are closing in and he is throwing anything against the wall that he thinks will stick. As is always the case with Donald, he’ll try and change the subject.”

According to a 2020 report in The New York Times, Trump paid only $750 in federal income taxes the year he ran for president and in his first year in the White House.

According to Alexander, Trump may blame himself for his drop from the Forbes 400, and he estimates that if he had chosen to diversify his real estate investments by putting the money in an S&P 500 index fund when he became president, he would have received a $2 billion boost. According to Forbes, Trump’s placement on the list began to slip once he won the presidency.

Trump is no longer on the list for the first time in 25 years.