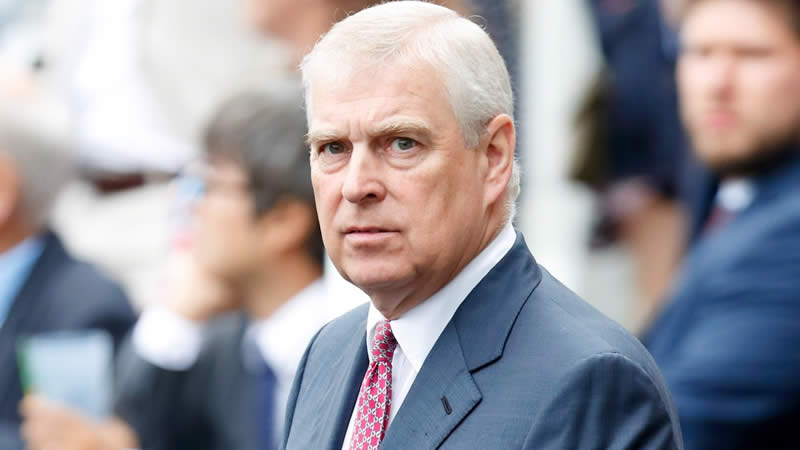 Virginia Giuffre, the royal’s accuser, sued millionaire Jeffrey Epstein and his life partner Ghislaine Maxwell in 2009, alleging a couple of sex trafficking her as a kid. Prince Andrew allegedly sexually abused Giuffre at least three times, including when she was a minor, according to Giuffre.

The lawyers for Prince Andrew have requested a New York judge to keep the 2009 settlement between Jeffrey Epstein and Virginia Giuffre confidential. In a Manhattan court, a request to that effect has been filed.

Andrew Brettler, the Duke of York’s lawyer, said he is preparing written arguments to seek US District Judge Lewis Kaplan to dismiss the ongoing litigation against Prince Andrew, citing the 2009 settlement, which he claims exempts Prince Andrew from any further legal action. Brettler requested that portions of his arguments that would reveal information about the settlement be redacted.

Because it is subject to a protection order from another judge hearing over a federal civil action in New York, both Prince Andrew and his accuser Virginia Giuffre want the 2009 arrangement to stay secret, according to the lawyer.

Giuffre’s Connection to Epstein and Accusation Against Prince Andrew

Virginia Giuffre is one of the alleged sex slaves of US tycoon Jeffrey Epstein, who has been accused by scores of women of sexual abuse and rape. Presidents, entrepreneurs, millionaires, celebrities, and royals, including Prince Andrew, were among Epstein’s many friends in high circles.

Giuffre claims she met Epstein when she was 17 and was hired as a masseur by his ex-girlfriend and life companion Ghislaine Maxwell, a well-known British socialite and the daughter of billionaire Robert Maxwell.

The job offer, however, turned out to be a hoax, and the girl was forced to work as a sex slave for Epstein and his wealthy friends. Her claims are similar to those made by other alleged victims of Epstein, who alleged that they were promised a job at the house of a wealthy person, but instead ended up in sexual servitude.

As per Sputniknews, Giuffre claims that she was brought to London by Epstein and Maxwell when she was a minor and forced to have sex with Prince Andrew. She claims she met the Duke of York at a nightclub before the four of them went to Maxwell’s estate and he slept with him.

In one of the cases she filed against the socialite and US financier, Giuffre quoted Maxwell as stating, “Do for him what you do for Epstein.”

Prince Andrew allegedly had intercourse with her at least two more times without her consent, according to the 38-year-old.

During a trip to Thailand in 2002, where she met her future husband, Giuffre stated she managed to escape Epstein’s sexual servitude.

She filed a sex trafficking lawsuit against Epstein and Maxwell in 2009. The dispute was settled at the time for an undisclosed sum of money. Prince Andrew’s lawyers have argued that the settlement protects the royal “from any and all liability” as it apparently made Epstein, his co-conspirators, and friends immune from further lawsuits.

The settlement is “irrelevant to the case against Prince Andrew,” according to Mrs. Guiffre’s legal team.

In the early 2010s, Virginia Giuffre made allegations against the king. Epstein was arrested in 2019 and charged with running a sex trafficking network for juveniles, which drew worldwide attention to the case. As a result of the development, Prince Andrew was forced to explain his relationship with Epstein and publicly confront the allegations.

The Duke of York fiercely disputed the charges against him in an interview with the BBC that same year, saying he has an alibi for the day the alleged sexual intercourse occurred in London and that he had no recall of ever meeting Giuffre.

The royal’s assertion has been called into question. At least one photo exists of the Duke of York with Virginia Giuffre and Ghislaine Maxwell, the royal’s hand on the young lady’s waist.

On the day he allegedly slept with her, one woman claimed to have seen Prince Andrew dancing with Giuffre at a nightclub.

“Nobody can prove whether or not that photograph has been doctored,” Andrew responded when asked about the photo of the two together with Prince Andrew’s arm around Mrs. Giuffre’s waist.

On August 9, 2021, Mrs. Giuffre filed a civil complaint against Andrew, demanding “accountability” from the Duke of York as well as recompense for physical and mental harm. Next week, a pre-trial hearing will be held.

On August 10, 2019, while awaiting trial, Jeffrey Epstein was discovered hanging in his cell. Although his death was considered a suicide, others speculate that the financier was assassinated by his powerful cronies, who may have been afraid of being implicated in the controversy. The FBI arrested Ghislaine Maxwell in July of 2020, and her trial is scheduled for November.

Continue Reading
You may also like...
Related Topics:Prince Andrew