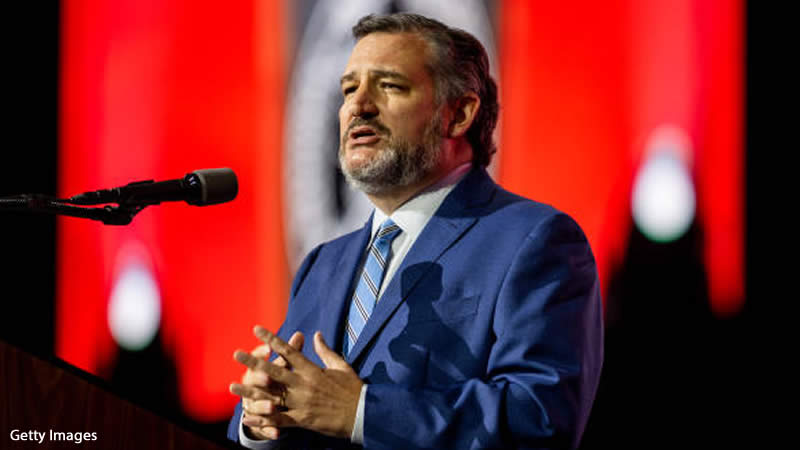 Ted Cruz hid in a closet next to a stack of chairs as a mob of Donald Trump supporters stormed the US Capitol on January 6 in a desperate attempt to keep him in the Oval Office, but he never thought twice about continuing to sow doubt about the former president’s electoral defeat, the Republican senator from Texas has revealed.

In a new book, Cruz reveals his whereabouts on the day of the deadly Capitol attack, which failed to disrupt the certification of Joe Biden’s victory over Trump in the 2020 presidential election. Newsweek was the first to break the news.

The book, titled Justice Corrupted, recalls how Cruz was in the Senate chamber listening to his colleague James Lankford of Oklahoma speak when a terrible commotion erupted outside.

The session was halted as Capitol police rushed in to remove Trump’s vice president, Mike Pence, whom the mob wanted to hang.

“In the fog of the confusion, it was difficult to tell exactly what was happening,” Cruz wrote. “We were informed that a riot had broken out and that rioters were attempting to breach the building.

After he and his coworkers were led to a secure location, Cruz said he was met with hot tempers, with some blaming him and his colleagues in the chamber “explicitly for the violence that was occurring.”

After all, Cruz was one of those who helped spread the ousted Republican president’s lies about the election being stolen from him, thereby fueling the mob that was now invading the Capitol.

“While we waited for the Capitol to be secured, I assembled our coalition in a back room (really, a supply closet with stacked chairs) to discuss what we should do next,” Cruz continued, according to Newsweek.

Cruz stated that several members of his coalition wanted to drop their opposition to the certification, but he “vehemently disagreed.”

“I understood the sentiment,” Cruz added. “But … I urged my colleagues that the course of action we were advocating was the right and principled one.”

Cruz’s term does not expire until 2025, so his position is not at risk during the November 8 midterm elections, in which Biden’s fellow Democrats are attempting to maintain slim numerical advantages in both congressional chambers.