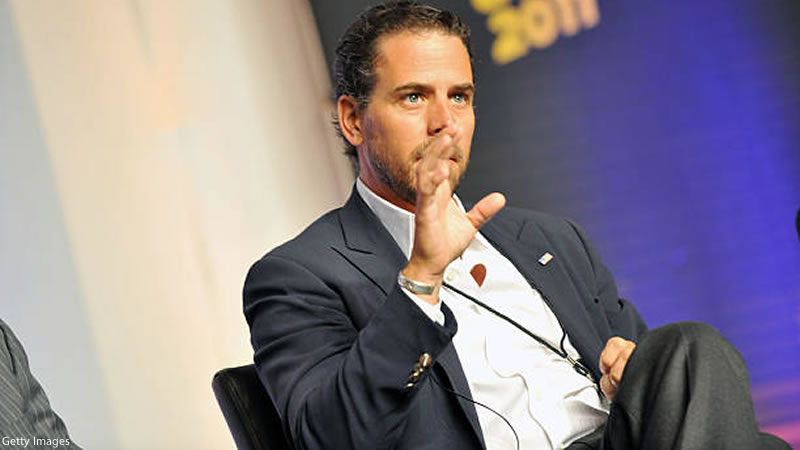 Hunter Biden‘s tax issues were supposedly settled with a $2 million loan from a Hollywood lawyer working on a documentary on the first son’s life after his infamous foreign business dealings.

The effort is claimed to be part of Kevin Morris’ legal and public relations plan in the aftermath of a federal grand jury investigation into Biden’s possible tax evasion, money laundering, and lobbying law crimes.

According to CBS News, the information was revealed by a Democratic Party source in Washington, DC, who first reported on the two men’s links. South Park creators Matt Stone and Trey Parker are among Morris’ clientele, and he was a co-producer of their Tony-winning Broadway musical “The Book of Mormon.”

According to a source familiar with their relationship, Morris is referred to by Biden’s friends as the latest sugar brother to President Joe Biden’s child. Morris, according to insiders, pays Hunter Biden’s $20,000 monthly rent and other living expenses, as well as floating the amount of Hunter Biden’s IRS payments, making it more difficult for prosecutors to arrest or imprison the first son for tax evasion.

He’s also been instructing the first son on how to market his artwork, according to the source, raising suspicions of influence peddling. Morris is a founding member of the Los Angeles law firm Morris Yorn Barnes Levine, which has represented celebrities such as Matthew McConaughey, Ellen DeGeneres, Scarlett Johansson, Liam Hemsworth, and Chris Rock.

When a reporter from The New York Post went to call Morris at his Malibu home to inquire about his ties with Hunter Biden, his wife slammed the door in his face and refused to answer questions.

Hunter Biden’s father’s taxes were reviewed while he was still Vice President of the United States during the Obama administration. After it was discovered that the 52-year-old may have used political clout to influence commercial agreements, the investigation was expanded to include alleged tax fraud, money laundering, and lobbying law crimes in 2018.

The now-famous Hunter Biden laptop, a broken MacBook Pro that the President’s son had sent to a Wilmington, Delaware repair shop but never returned, was reported by the New York Post in October 2020.

Over 20,000 emails have been recovered from the laptop’s hard drive since then, with strong evidence of Hunter Biden’s illicit business practices. According to the New York Times, prosecutors may have a difficult time convicting Hunter Biden of tax fraud, and if he is, he will likely face a light term because the money was eventually paid, albeit late.

However, according to the probe into his business operations, which is backed up by a plethora of confirmed emails on his laptop, the president’s struggling son could face serious consequences.

Hunter Biden is one of the key targets for the Kentucky lawmaker who will lead Republican investigations if the Republicans reclaim the House in 2022. Hunter Biden and his business colleagues, according to Rep. James Comer, who is set to take over as chairman of the House Committee on Oversight and Reform, have a lot of questions to answer.

According to the Daily Mail, he acknowledged that the White House would be questioned about whether the president was aware of any of the transactions, and he feels that Americans are finally realizing the Hunter case isn’t a scam, and that they are questioning the administration’s ethics and transparency.

Continue Reading
You may also like...
Related Topics:Hunter Biden

Trump blamed Defense Secretary for Failing to Invoke Insurrection Act during BLM Riots: “You betrayed me”
Senate Democrats’ Bill to keep Abortion legal in the U.S Fails due to a GOP-led Filibuster