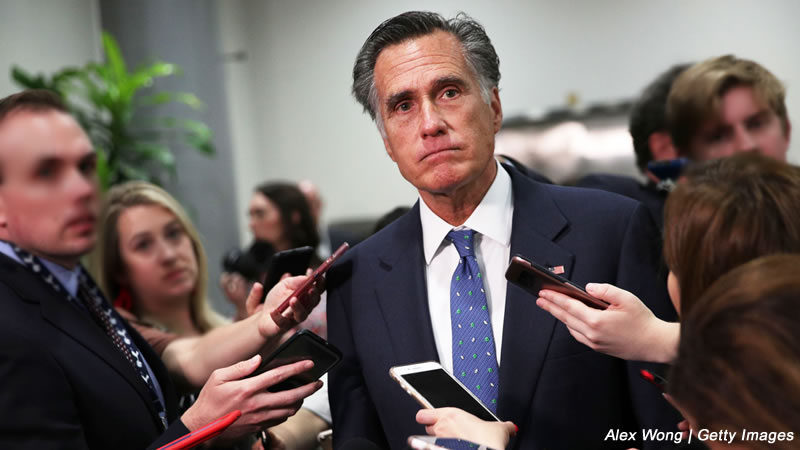 Rounds were asked on ABC’s “This Week” what he thought of members of his party who believed Trump’s disproven claim that his loss was due to voter fraud.

“We looked — as a part of our due diligence, we looked at over 60 different accusations made in multiple states,” Rounds responded. “While there were some irregularities, there were none of the irregularities which would have risen to the point where they would have changed the vote outcome in a single state. The election was fair, as far as we have seen. We simply did not win the election, as Republicans, for the presidency.”

Trump’s relentless campaign to convince the nation that Biden had not actually won the election, despite a 7 million-vote popular-vote margin and a resounding 306-232 Electoral College victory, served as the motivation for his supporters’ Jan. 6, 2021, riot at the Capitol.

Trump, as is his wont, issued a statement on Monday criticizing Rounds for denying his election claims, claiming that the senator “just went woke on the Fraudulent Presidential Election of 2020.”

“Is he crazy or just stupid?” Trump continued about the remarks Rounds made on “This Week,” adding, “The only reason he did this is that he got my endorsement and easily won his state in 2020, so now he thinks he has time, and those are the only ones, the weak, who will break away. Even though his election will not be coming up for 5 years, I will never endorse this jerk again.”

Numerous election officials, as well as Trump’s own Justice Department and judges from multiple states, all, concluded that the 2020 election was not marred by the kind of fraud that would have resulted in a reversal of the outcomes.
Romney, a longtime Trump critic, issued a statement in the days leading up to the Electoral College vote certification on Jan. 6, stating definitively that the election had been fairly decided and that Republican lawmakers’ plan to contest it was undemocratic.

“The egregious ploy to reject electors may enhance the political ambition of some, but dangerously threatens our Democratic Republic. The congressional power to reject electors is reserved for the most extreme and unusual circumstances. These are far from it,” Romney said in his statement. “More Americans participated in this election than ever before, and they made their choice. President Trump’s lawyers made their case before scores of courts; in every instance, they failed. The Justice Department found no evidence of irregularity sufficient to overturn the election. The Presidential Voter Fraud Commission disbanded without finding such evidence.”

After Trump’s impeachment by the House of Representatives, Romney voted to convict the president for his role in the Jan. 6 Capitol riot. The bill ultimately failed to garner enough Republican votes in the Senate to convict Trump.
Romney and Rounds, on the other hand, appear to be in the minority within their party regarding the outcome of the 2020 election. According to a recent Yahoo News/YouGov poll, nearly three-quarters of Trump voters (75 percent) falsely believe the election was “rigged and stolen,” while only 9 percent believe Biden “won fair and square” — a decline from 13 percent in January.

Yahoo News’ By David Knowles contributed to this report