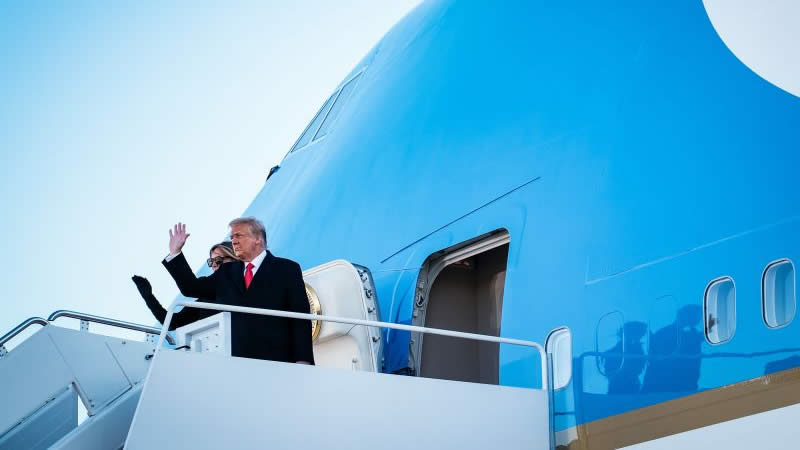 Boeing CEO Dave Calhoun told investors on Wednesday that the company should not have agreed to a fixed-price contract with former President Donald Trump — and “Art of the Deal” author — to develop a new Air Force One fleet.

Following a 2018 contract between Trump and Boeing, the company has already lost $660 million developing the two 747 jets for the fleet, with Trump footing the bill for all cost changes during the development process.

The new fleet was supposed to arrive in 2024, but as CBS News reported, Boeing has projected that the planes could be 17 months late. The deal was struck under a different CEO — Calhoun took over as CEO of Boeing in January 2020, but he was on the board at the time the deal was made, CBS News says.

During a first-quarter performance review call, Calhoun told investors that the company “probably shouldn’t have taken” the $3.9 billion fixed-price contract, but that the situation is unique and that they will still deliver great planes.

The fixed-price agreement prevents Boeing from charging the government for any cost overruns that may occur for any reason.

According to the company, the higher costs were primarily the result of higher supplier costs, higher prices to finalize technical requirements and schedule delays. Over the last two years, the world has been plagued by pandemic-related supply chain issues.

Trump tweeted in December 2016 that the program’s costs were “out of control, more than $4 billion,” adding, “Cancel order!” Following that, Boeing’s then-CEO Dennis Muilenburg met with Trump several times to discuss the Air Force One contract.

According to CBS News, the Trump White House stated at the time of the agreement in 2018 that it would save taxpayers up to $1.4 billion.

President Dwight Eisenhower took a flight in the first official Air Force One plane in 1959, but it was President John F. Kennedy who brought the plane into the jet age.

On Tuesday, White House press secretary Jen Psaki stated that she didn’t have any additional information about the Boeing delays.

Florida can’t Dissolve the Special Tax District until the debt is Fully Paid: Disney Claims
Trump and his allies to campaign for Herbster at I-80 Speedway