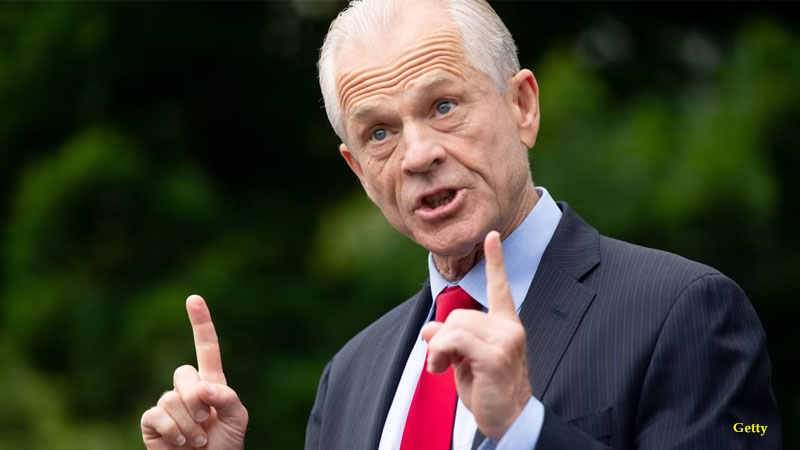 A former federal prosecutor said Saturday that the no-frills FBI arrest of Donald Trump‘s former trade adviser Peter Navarro for defying a subpoena is likely a “hard message” from the Department of Justice that it is not “fooling around.”

Navarro was charged with two counts of criminal contempt of Congress for failing to testify before a House committee on January 6 and failing to submit requested documents, according to Yahoo.

After his detention Friday at a Washington, D.C., airport, he angrily complained to a judge and reporters outside court that he was handcuffed and kept in a prison cell. He told reporters that the subpoenas he refused were “ultra vigorous,” “unenforceable,” and “unconstitutional.”

Shan Wu, a former federal prosecutor, and prominent defense attorney told CNN on Saturday that Navarro’s detention was “absolutely” legal. Navarro said he was denied a phone call following his arrest, but because he is representing himself, Wu was not sure who would have been contacted.

Wu said it is a “little unusual that in a white-collar case they wouldn’t have allowed him to self-surrender. That could indicate … they might have been concerned that it was hard to reach him and he might flee, given he was representing himself. And [they] may have been trying to send a message.”

He added: “I don’t think it’s a coincidence of the timing” that Navarro was arrested when officials also announced that Trump ally Dan Scavino and former White House Chief of Staff Mark Meadows would not be charged for defying their subpoenas.

Navarro’s arrest “may have been to make that point they’re not fooling around, that when they [do] indict, they’re going to treat people quite seriously,” he added.

So it’s a “slam dunk against” Navarro on that point, according to Wu.

Watch the full interview below.